After two ugly auctions to start the holiday-shortened week on Monday, when both the 2Y and 5Y auctions tailed badly amid overall poor demand, traders were understandably nervous about the outcome of today’s $59BN sale of 7 year paper: after all, it was the catastrophic 7Y auction back in February that started a cross-asset rout in both bonds and stocks which lasted for weeks and led to billions in losses across various macro investors.

In retrospect, there was no reason to be nervous because moments ago the Treasury announced that the 7Y auction priced at a respectable 1.588%, which while the highest since Dec 2020 as expected, stopped through the When Issued 1.598% by 1 basis point – this was the first stop through since June, and followed four consecutive tailing auctions. 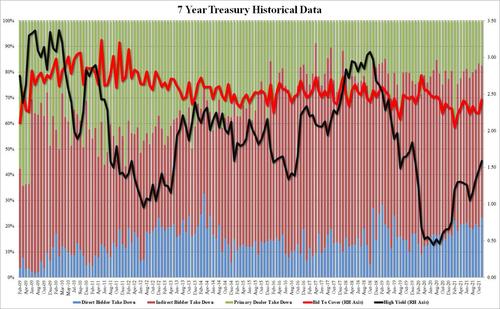 Overall, this was a very solid auction and allowed concerned bond traders who were sweating amid a round of February 2021 deja vu to exhale – the bond crash will not take place today and instead 10Y yields slumped following news of the strong auction. Then again, concerns about the spike in real rates may be enough to lead to quite a few sleepless nights. 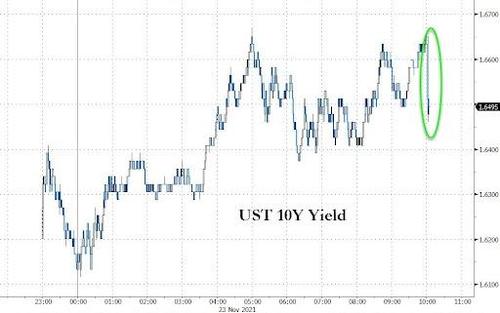