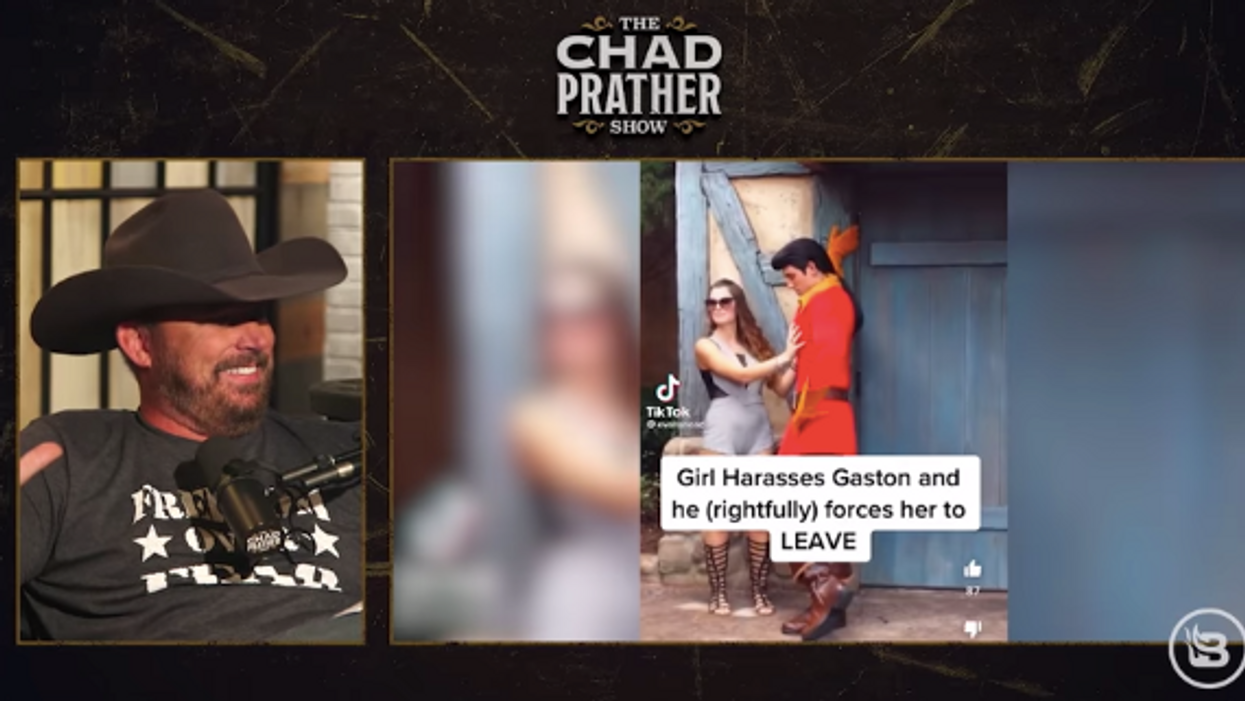 Disneyland’s “woke” Gaston character kicked out a fan for inappropriately placing her hands on his chest. The incident was captured on a cellphone video and went viral.

In the video, Gaston said to the woman, “there are children here” and he told her to leave. BlazeTV’s Chad Prather poked fun at the woke spectacle on Monday’s episode of “The Chad Prather Show.“

“I’m embarrassed to be a man right now,” Chad laughed. He went on to explain how woke America is ruining the way men and women interact.

Watch the clip for more from this conversation. Can’t watch? Download the podcast here.

To enjoy more of Chad’s comedy, craziness and common sense, subscribe to BlazeTV — the largest multi-platform network of voices who love America, defend the Constitution, and live the American dream.