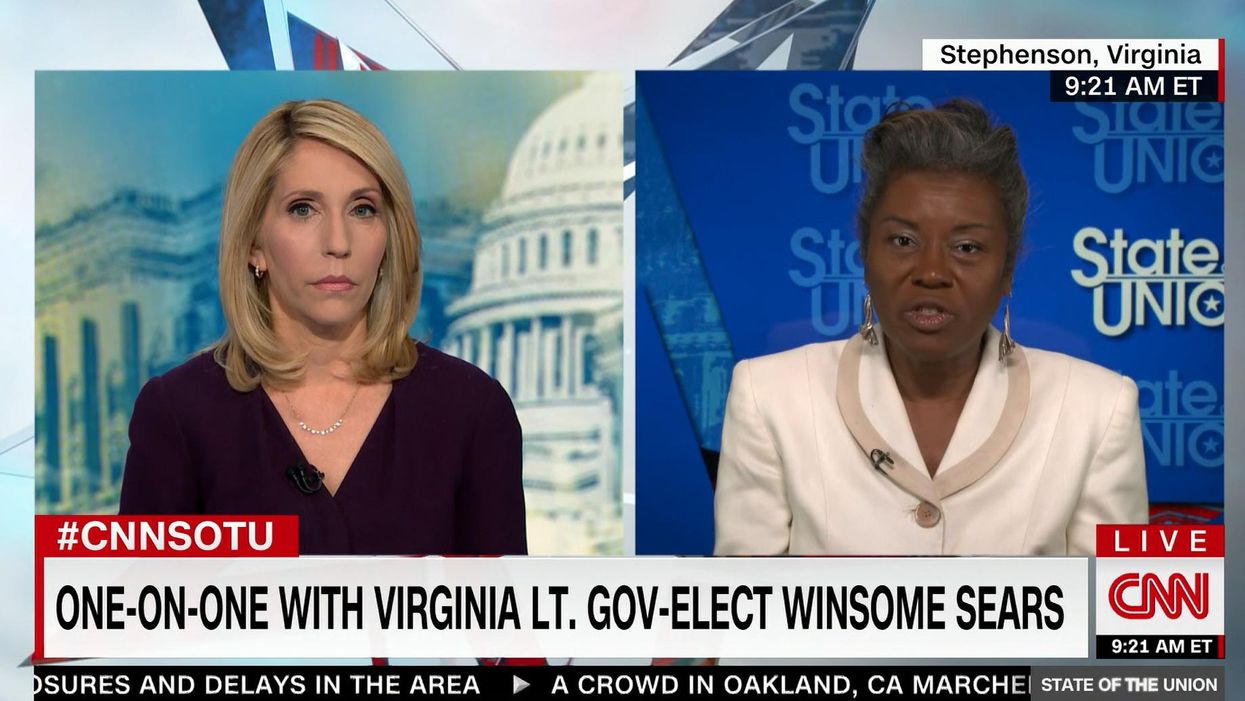 During an interview on CNN’s “State of the Union,” host Dana Bash declared that critical race theory “is not part of Virginia’s curriculum.” Sears immediately called her on the claim.

“I beg to differ that CRT is not taught,” Sears said.

“I didn’t say that,” Bash responded. “I just said it’s not in the curriculum, just to be clear.”

“What we want to say, and what governor-elect [Glenn] Youngkin has said, is that all of history must be taught, the good, the bad, and the ugly, because what we learn from history, Dana, is that we don’t learn from history and we continue to repeat the same mistakes,” Sears continued.

Sears went on to say:

But while we’re talking about history, how about we talk about how black people from the 1890s to about 1950-1960, according to the U.S. census, had been marrying in a percentage that had far surpassed anything that whites had ever done?

When we talk about the Tulsa race riots, let’s ask ourselves: ‘How did the black people amass so much wealth right after the Civil War, so that it could even be destroyed? How did they do that?’ They were coming from nothing, from zero. Some of them never even got the 40 acres and a mule.

Let’s try to emulate that. The one thing that the slaves wanted— well, three top things, their freedom, certainly. Then the next thing was they wanted to find their families. And the third thing was, they wanted an education. And, my God, when did education become a bad word among black people?

No, we are going to have a good education system. It’s going to represent all people. And I’m going to help see that through because education lifted my father out of poverty when he came to America with only $1.75. Education lifted me, because I have to find my own way in this world. And education will lift all of us.

Sears’ response was so powerful that Bash said nothing more about the topic. Instead, Bash moved on to ask Sears about COVID-19 vaccine mandates.

Virginia Lt. Gov.-elect Winsome Sears: “When we talk about the Tulsa Race Riots, let\u2019s ask ourselves how did the black people amass so much wealth right after the Civil War, so that it could even be destroyed? How did they do that?”pic.twitter.com/yrOB0iyKOf