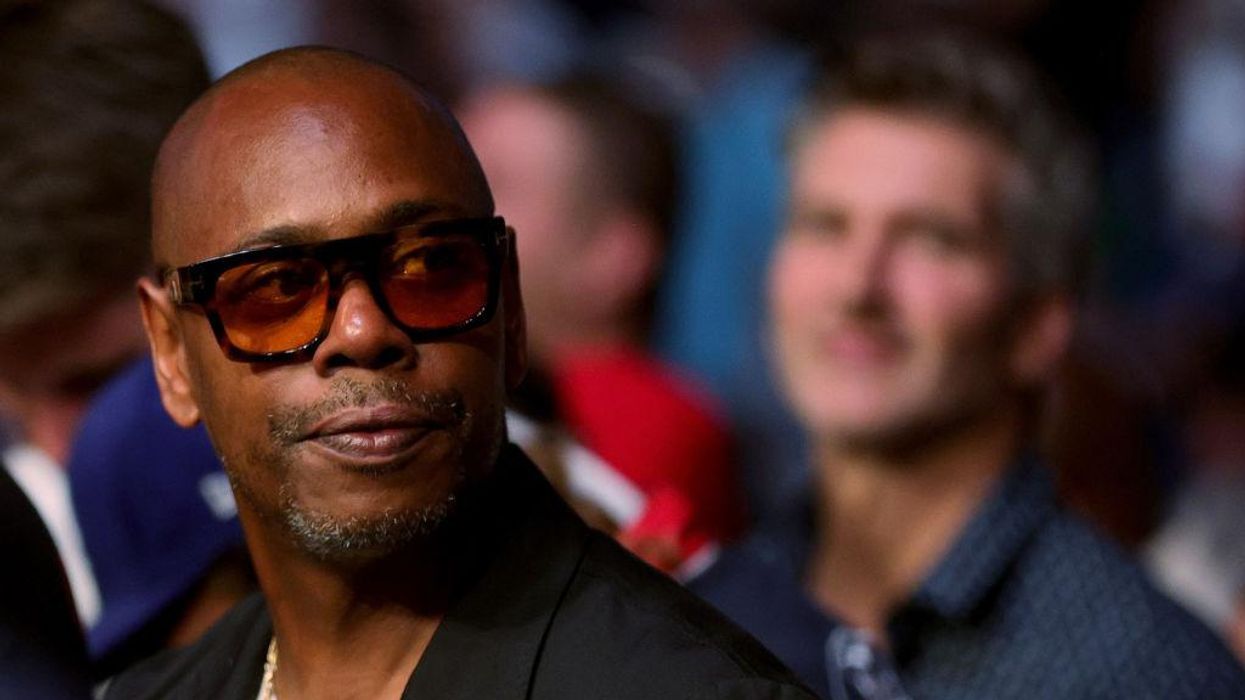 The society that outlaws personal offense suppresses truth and freedom. This is the danger of criminalizing thoughts and ideas, including abhorrent ones.

Comedian Dave Chappelle is currently the number-one target of the thought police. His latest and allegedly final Netflix comedy special violated the left’s thought policies. He cracked jokes and made points that allegedly deeply offended the LGBTQ wing of the Alphabet Mafia, the ruling family of the New Underworld Order.

GLAAD, the gay lesbian alliance against defamation, has called for Netflix to remove “The Closer” from its streaming service. A group called the National Black Justice Coalition added its voice to GLAAD’s. The NBJC is a Washington, D.C.-based black crew of LGBT soldiers.

Chappelle is a wanted man, a fugitive accused of transphobia, homophobia, toxic masculinity, anti-Semitism, and truth-telling.

GLAAD tweeted: “Dave Chappelle’s brand has become synonymous with ridiculing trans people and other marginalized communities. Negative reviews and viewers loudly condemning his latest special is a message to the industry that audiences don’t support platforming anti-LGBTQ diatribes. We agree.”

Netflix platformed a comedian who thinks the wrong thing.

What does Chappelle think?

He thinks that the Alphabet Mafia has created a world where we care more about hurting a gay person’s feelings than about the murder of a black man. He thinks sexual identity and gender identity have an outsized influence over American culture. He expressed this opinion by pointing out that the rapper DaBaby did more damage to his entertainment career with his criticism of gay people than he did shooting and killing a black man inside a Walmart.

The truth is, Chappelle’s thought crimes in “The Closer” are deeper than gay and trans jokes.

A black man from middle America declared war against the left’s evisceration of masculinity in general and black, male, heterosexual masculinity in particular. Chappelle argued and quipped that Jews, feminists, and the LGBTQ movement are standing on the backs and necks of black men — preferably dead ones — to seize power.

I want to restate that, because most reviewers are intentionally mischaracterizing or mis-informationing the point of “The Closer.” A black reviewer for NPR, Eric Deggans, wrote a piece saying that Chappelle is “using white privilege to excuse his own homophobia and transphobia.”

The Alphabet Mafia is clearly feeding Deggans a steady diet of buttered biscuits or Deggans is a made man in the Alphabet Mafia. Those are the only plausible explanations for a black man this badly missing the point of Chappelle’s message.

Chappelle cleverly and correctly argued that Jews, feminists, and the LGBTQ movement have seized power by covertly camouflaging their power-grabs as selfless fights for racial equality. Chappelle used DaBaby as a proxy for heterosexual black men. He demanded that the Alphabet Mafia remove its foot from DaBaby’s neck. Chappelle was talking about his own neck, my neck, Kevin Hart’s neck, and the neck of anyone else who identifies as male, black, and straight.

I’m a writer. I can recognize literature even when it’s delivered verbally from a stage. Chappelle conveyed an essay, a letter from the prison cell social justice warriors have built for straight black men.

“The Closer” should be renamed “I Can’t Breathe.” You’re choking me.

Chappelle touched several third rails. That’s why Alphabet Mafia soldiers have been dispatched to kill the messenger and distort his message. Chappelle is being accused of anti-Semitism for his two “Space Jews” jokes that imply Jewish people rule the world and that they have gone from oppressed to oppressor. In the New Underworld Order, you can only crack those kinds of jokes on American white men. Chappelle cannot generalize about the executives who asked him to wear a dress and sit atop a music industry that lavishly rewards rappers for denigrating black people.

I risk being accused of anti-Semitism for daring to properly interpret Chappelle’s comedy and for arguing his point of view is worthy of discussion. I’m not anti-Semitic. I’m not a conspiracy theorist, either.

I’m frustrated. I want to identify whatever secular forces are being used to castrate heterosexual Christian men, particularly black ones. The gatekeepers of popular culture, the executives at the top of Hollywood and the music industry, seem to be hostile toward me. They seem obsessed with protecting the feelings of feminists and the LGBTQ and casting me as a self-defined immoral thug with fantasies of bedding Billy Porter.

“The Closer” captures the battle between black straight men and the feminist and LGBTQ movements. The left argues feminists, LGBTQ, and black men are all allies, natural allies in the war against Donald Trump and his supporters. Reality is quite different. Dave Chappelle doesn’t hate Trump or his supporters. As he admitted in his comedy special, Chappelle goes to bars in rural Ohio and drinks with Trumpers. He lives among them.

Great comedians cut through false narratives and expose the truth. Ministers and comedians are supposed to be guardians of truth. They’re given permission to speak uncomfortable truths. They open the door for the rest of us to engage in difficult conversations.

“The Closer” is the most important comedic sermon ever delivered. It’s equal parts Patrick Henry’s “give me liberty or give me death” speech at the second Virginia convention and Malcolm X’s “the ballot or the bullet” speech at Cleveland’s Cory Methodist Church.

BLM-LGBTQ-CRT — the Alphabet Mafia — and its megaphone, Twitter, have jeopardized free speech in America by outlawing personal offense. The price of uttering the wrong word or thought is so high in our new safe space culture that speaking the truth is too risky for too many Americans.

In order to maintain a free and just society, we must tolerate people saying and thinking whatever they please, including things we find rude and offensive.

Dave Chappelle is a patriot and a genius.
Read the full post at The Blaze.