The big question, of course, is… will she admit to being a ‘capitalist‘?

Brainard released her prepared remarks last night, and like Powell before her, she promised to protect the working people of this country from the ravages of inflation (inflation that the Fed, of course, helped to unleash with its policies). 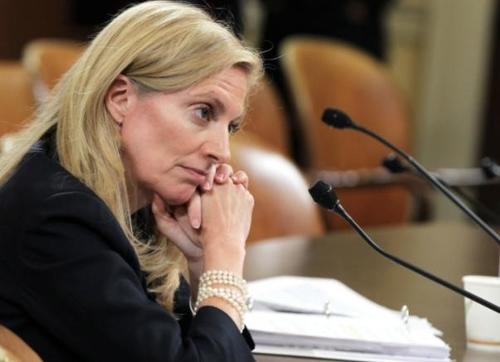 Deep into her testimony, Brainard says she would “bring a considered and independent voice to [the Fed’s] deliberations, drawing on insights from working people, businesses, financial institutions, and communities—large and small—across the country. I will support policies that are in the interests of the American people and based on the law and careful analysis of the evidence.”

Like Powell, Brainard also decried the pernicious affect of inflationary pressures that are particularly squeezing working- and middle-class Americans. According to the NYT, Brainard is likely to see “considerable” support among Democrats, and possibly even attract some Republican votes.

As for being “independent,”  Brainard has become known as one of the most reliably dovish voices on the FOMC. Although it looks like even the most dovish among the senior Fed officials recognizes that it’s long past time to raise rates if they truly want to tame inflationary pressures that have emerged to vex the American economy.

During her hours-long testimony, Brainard will likely face a barrage of questions on a wide range of topics, everything from her view on the economy, to what’s causing inflation. Perhaps some Republican will force Brainard to go on the record by asking the longtime government worker whether she wholeheartedly supports American capitalism?

Markets are increasingly pricing in the likelihood of a Fed rate hike in March, plus an additional 3 (or perhaps even 4) more hikes before the end of the year. 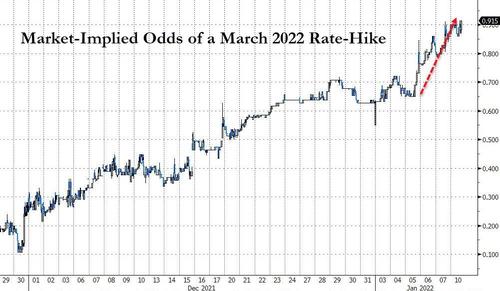 Brainard added that her “priority” would be to protect the gains we have made and support a full recovery.”

Readers can find the full remarks below: