Despite groans from primarily Democrat lawmakers about the need for vaccine mandates for travelers on US domestic flights, Transportation Secretary Pete Buttigieg said during an interview over the weekend that the prospects for a mandate are looking increasingly slim.

Speaking Sunday on NBC’s “Meet The Press”, Biden Transportation Secretary Pete Buttigieg said requirements other than a vaccine mandate for travelers – including requiring masks on flights – are “highly effective” (despite evidence showing masks do little to protect flyers and that airlines actually see them as one more “perk” they can use to encourage some passengers to pay more) at preventing the spread of COVID. 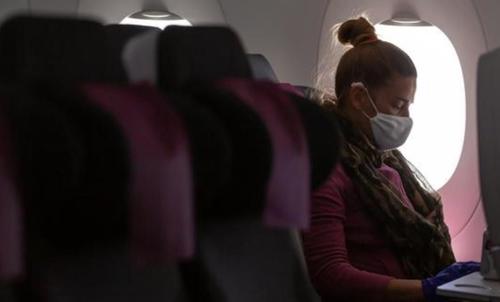 Host Chuck Todd pushed Buttigieg on the issue, questioning whether the former small city mayor an McKinsey Consultant was nervous about putting a policy in place that was politically divisive.

The back-and-forth coincided with the beginning of the busy Thanksgiving holiday travel season in which TSA expects to screen about 20MM people. At the same time, new daily reported COVID cases in the US have risen 12% over the past week. 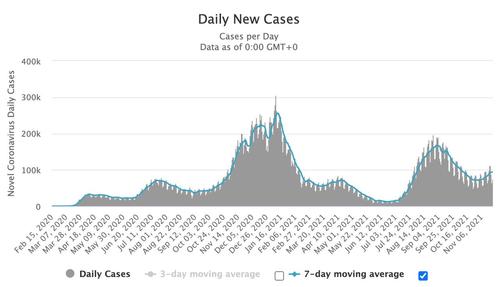 “Between the masking and the other mitigations, we’re very confident in the safety of air travel and travel generally in this country,” he said.

After being closed to travel from much of the world since March 2020, the US reopened to foreign travelers earlier this month – so long as they are vaccinated and test negative.