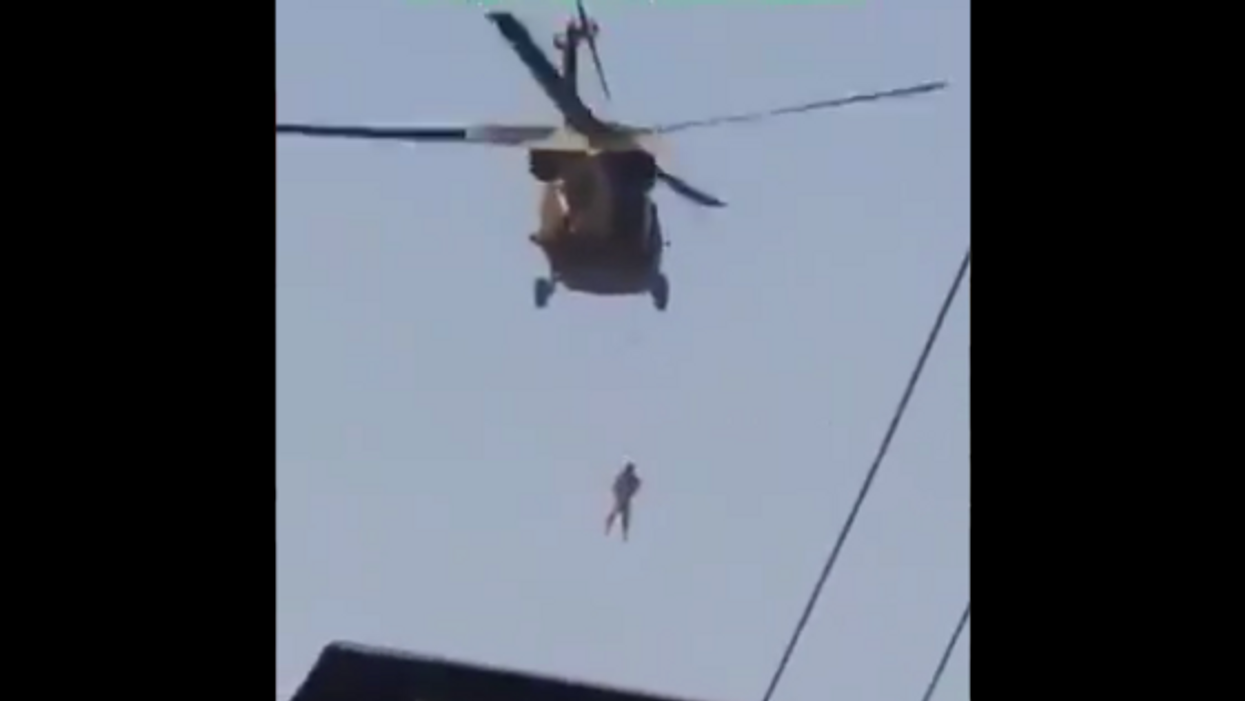 UPDATED: Subsequent videos that appear to be of the same helicopter appear to show that the man hanging from the helicopter is alive, and can be seen waving.

A viral video claiming to show a man being brutally hanged from a helicopter in Kandahar was likely an attempt to f… https://t.co/gzcCUyS4Bj

Shocking new videos have emerged on social media showing Taliban fighters parading the skies over Afghanistan in seized U.S. Black Hawk helicopters — one appearing to display a man hanging from one of the aircraft.

The video was reportedly taken over the weekend during a Taliban “patrol” of Kandahar, Afghanistan, following the U.S. military’s withdrawal, the Independent reported.

The last U.S. plane departed Kabul airport on Monday leaving behind hundreds of Americans and thousands of Afghan nationals who worked with the U.S. government during its 20-year military mission. Billions of dollars worth of military equipment were also left behind during the bungled evacuation.

In a tweet posted Sunday, the Talib Times — which claims to be the English language official account of Islamic Emirate Afghanistan — celebrated the maneuver.

“Our Air Force! At this time, the Islamic Emirate’s air force helicopters are flying over Kandahar city and patrolling the city,” the tweet read.

Our Air Force! At this time, the Islamic Emirate’s air force helicopters are flying over Kandahar city and patroll… https://t.co/qpQhD1RLTq

It remains unclear whether the hanging man is dead or alive or whether he is friendly to the Taliban or a victim of the militant group. Many have speculated that the man was hung from the aircraft as punishment and then paraded around the skies. It appears, however, that those claims were unfounded, as the man appears to be in no apparent distress according to other footage that has been released on the incident.

As new information comes out, TheBlaze will update its reporting.