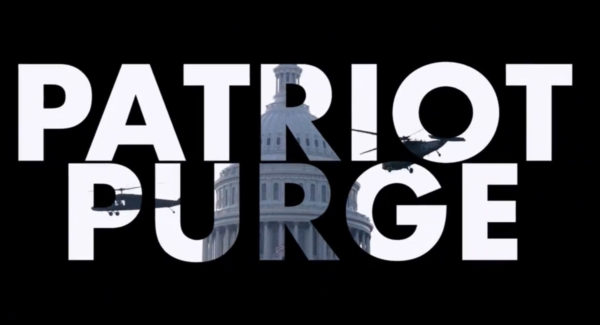 The documentary details the U.S. government’s new “war on terror” that it has justified using the events of the massive election theft protest held on January 6 that descended into chaos and limited violence during the certification of Joe Biden’s presidency. The trailer contains footage of Ashli Babbitt’s death, and shows black helicopters flying over the U.S. Capitol as experts weigh in on bombshell reports tying the events of January 6 to the federal government.

“The U.S. government has in fact launched a new War on Terror, but it’s not against Al Qaeda, it’s against American citizens,” Carlson said. “This is an attack on core civil liberties.”

The trailer features commentary from Darren Beattie from Revolver News, who published a series of stories centered on the federal government’s covert involvement with the protest that day. “The Domestic War on Terror is here. It’s coming after… half of the country,” Beattie said in the trailer.

Ali Alexander, the founder of the Stop The Steal protest movement, who is a black man, also makes an appearance in the video. “I’ve been told that I’m a white nationalist,” he said while looking down at his hands.

“False flags have happened in this country,” said one expert at the end of the trailer. “One of which may have been January 6.”