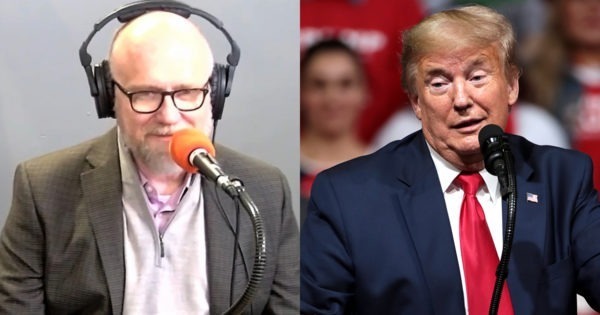 Anti-Trump strategist Rick Wilson says that, after his investigation, the January 6 committee “is dead already” and Democrats are eager to discuss infrastructure instead.

Wilson, who now works for the Lincoln Project, a fringe group of anti-Trump Republicans that creates short videos and appears on television to say bad things about the 45th President, claims that he made “multiple calls” and came away with the “grim news” regarding the select committee.

“As of now 1/6 commission is dead already,” wrote Wilson. He added that it “will not enforce the subpoenas” the committee issues, meaning each party has no legal requirement to comply with the committee’s requests.

“Trump wins,” said Wilson before describing the events of January 6 as a “terror plot” and noting that he is “livid”.

2/ This is staffed wrong, led wrong, and a gutless exercise to get back to talking about infrastructure.

“This is staffed wrong, led wrong, and a gutless exercise to get back to talking about infrastructure,” claimed Wilson, who then expressed disgust with a one expletive response after noting that a source told him the committee is “afraid of 1A investigations.”

How about being afraid of a mob coming to fucking kill you?

Democrats, never tell me again "We got this."

Because you don't have this.

“Stay locked in your bubble that the modern GOP won’t have a mob of Bannon’s terrorists burn you to the ground and piss on the ashes,” Wilson warned Democrats. “An unpunished coup is a training exercise.”

Loomer shot back with a jab about the accusations that one of the Lincoln Project founders used his influential position in politics to groom young men for sex.

“Speaking of sewage and vermin, perhaps Rick can also let us know when he plans on sharing the same level of contempt and condemnation for his pedophile coworkers at the Lincoln Project,” said Loomer.