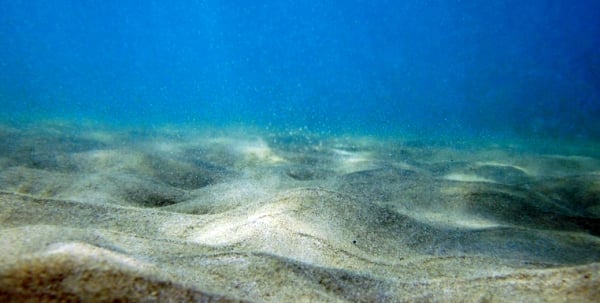 In a study published May 7 to the journal Scientific Reports, researchers from the University of Auckland in New Zealand observed and quantified the damage that anchoring container ships can do to coastal seafloors.

Container ships are the behemoths of the seas. The largest are longer, wider, and heavier than even the grandest aircraft carriers. And as you might imagine, they also have humongous anchors, weighing anywhere from 5,000 to 30,000 pounds depending upon the ship’s size, and attached to the vessel with a 1,000 to 2,000-foot metal chain comprised of 3-foot links that each tip the scales at 200 to 500 pounds!

Ideally, container ships don’t use their anchors at all, arriving laden with cargo to a port with an open berth and workers ready to unload it. Sadly, that hasn’t been the case of late. The COVID-19 Pandemic shocked maritime shipping and supply chains into disarray, and everyone is still attempting to catch up. At the Port of Long Beach over the last year, ships have spent days or weeks at anchor before docking. Thankfully, the wait times have vastly improved of late.

For the study, the authors combined imaging and underwater depth data to characterize what a container ship anchor can do to the seafloor outside the Picton Port in New Zealand. They found that each time a high-tonnage container ship (greater than 9,000 gross tonnes) anchors, 3,416 square meters of seabed area is impacted. The damage isn’t just done by the anchor, but also by the hundreds of feet of heavy chain that must be deployed as well. It is common practice to send out a length of anchor chain that is 5-7 times the water depth where the vessel is moored. This adds weight and friction to help secure the massive ship in place.

Over the area impacted, about “2,733 cubic meters of seabed sediment is displaced, more than enough sediment to fill an Olympic-sized swimming pool,” the researchers added.

Extrapolating further, they estimated that anchoring container ships ravage between 6,000 and 20,500 square kilometers of coastal seafloor each year, uprooting all sorts of marine life and degrading their habitats in the process.

Ports do generally have set locations for ships to anchor, which minimizes widespread damage. To further reduce the impacts of anchoring, the authors recommend having portmasters work with ship captains to slow their approaches hours or days in advance to better time their arrivals with berth availability.

“Seafloor damage due to anchoring has far-reaching implications for already stressed marine ecosystems and carbon cycling,” the researchers wrote. “As seaborne trade is projected to quadruple by 2050, the poorly constrained impacts of anchoring must be considered to avoid irreversible damage to marine habitats.”

The post The surging damage to the ocean floor from container ships appeared first on WND. President Joe Biden (D) announced this week the United States will be loosening restrictions on Marxist countries, namely Cuba and...