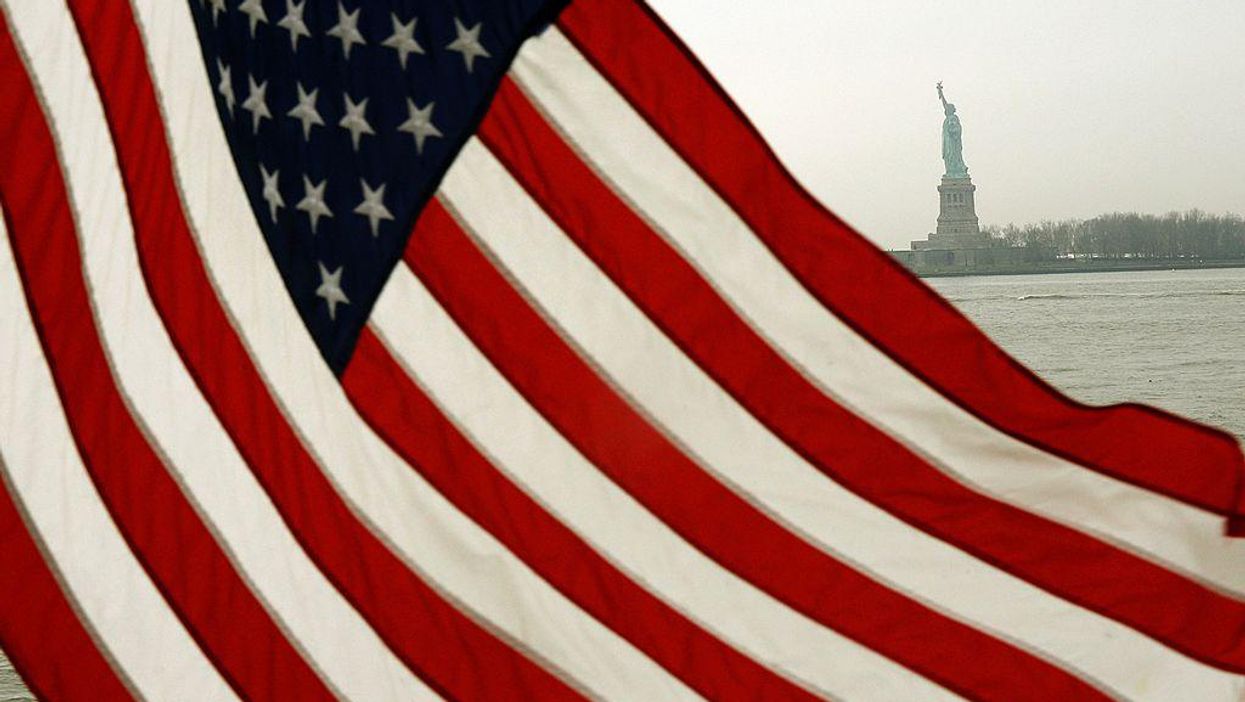 The American flag is an iconic and globally recognizable symbol of the United States, but anyone fond of the flag’s current look may not be thrilled with the new concepts recently published by the New York Times.

“The American flag is a potent piece of national iconography, but its design shifted frequently until the early 1900s. What if it were redesigned today? We asked artists and graphic designers to try. The flags they came up with reflect a mix of approaches. Some are functional designs, others artistic renderings; some represent America as it could be, others how the artist sees the country now,” the Times wrote in the piece which is labeled as opinion.

A design by Andrew Kuo features various colors, and a legend reveals the meanings behind each of them: Yellow for “Repairing systemic racism,” green for “Taking care of our planet,” blue for “Untapped potential” red for “Our past,” and white for “Our future.” The flag includes a section with alternating red and white stripes, which stand for “Fear,” “Forgiveness,” “Anger,” “Joy,” and “Pride.”

“I’ve designed a flag that acknowledges the emotions that informed where our country has been and the spirit of where it may go, with joy and forgiveness as possibilities. We can’t ignore how we got here, but maybe we can move toward a different, even better place,” Kuo explains.

This is what I believe 🤷‍♂️ https://t.co/AUd0mPwmTe

A flag design by Na Kim features a dull and colorless concept: “The colors of our flag are intended to stand for unity, valor and justice. The gray, monochrome flag represents America surrendering to its fall from power and loss of the ideals it once stood for. The American dream is being washed away.”

A new flag design by Na Kim: “The colors of our flag are intended to stand for unity, valor and justice. The gray,… https://t.co/fSQc6iTZ88

Unsurprisingly, some people were not thrilled by the flag redesigns.

“These are all completely terrible,” tweeted The American Independent senior writer Oliver Willis.

“This link should send you to a Ric Astley video — instead, you get something much worse,” conservative radio host Jason Rantz tweeted.

“Still trying to noodle out WTF the NYT was thinking here?” tweeted Charlie Sykes, founder and editor-at-large of The Bulwark.

“This link should be banished from the internet and the NY Times should have to take a timeout,” tweeted Rory Cooper, a partner at Purple Strategies and a GU Politics Fellow.

“Congratulations to the @nytimes for writing the stupidest op-ed (if writing is the right word for this) of all time. (And this is quite a feat considering the vast landscape of stupidity coming from the @nytopinion page.) Bravo! You’ve outdone yourselves,” Breitbart News senior editor-at-large Rebecca Mansour tweeted.

“This is terrible. All of it,” another individual tweeted.