The Looming Energy Crisis: People Are Going To Die This Winter

Authored by Bill Blain via MorningPorridge.com,

For many months myself and many of the investors I work with have become increasingly concerned at the growing instability and insecurity of energy markets. The 4 times spike in Gas prices this year has been a shocking wake-up call, highlighting energy insecurity in Europe and particularly the UK. Gas prices will remain elevated for months to come. The consequences are going to be brutal – and fatal for some.

Energy – whether derived from fossil fuels, nuclear or renewables – is a commodity and the critical thing about commodities is: “You can’t print commodities like you can print money. The rules are not the same,” says my good friend and head of commodities at Shard, Ashley Boolell.

Commodities are volatile and dangerous. Oil has doubled in recent months. But the thing about Gold, Silver, Palladium and copper prices is; no matter how volatile they are, they are simply investment opportunities or traps, and are unlikely to kill us.

Energy is different. It can kill us. 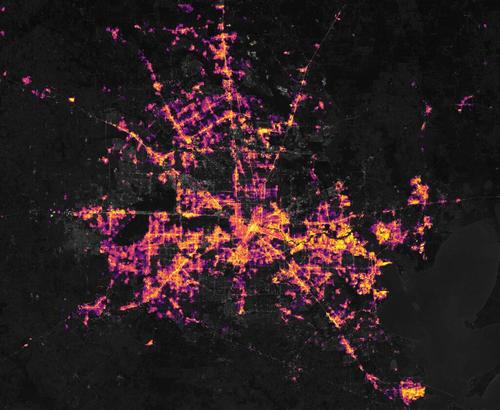 That was conclusively demonstrated earlier this year in Texas. A swift series of winter storms crashed the Texan grid when gas infrastructure failed in the cold, renewables weren’t delivering, and the deregulation of its energy system had delinked Texas from both US power Grids – making it difficult to import energy. Over 200 people died as a result of power outages.

Fast forward to this winter, and the UK and Europe are in the direct firing line of the coming energy storm. The security of energy supplies has never looked less certain. In the UK, neglected storage means we have the capacity to story 3-4 days of Gas. The recent collapse in sterling has been linked to the panic over Petrol supplies, escalating and cascading supply chain failures impacting industry and growing woes blamed on Brexit. I would add questions about how the UK’s status as a first world economy with zero energy security will line up.

How has this happened? Why?

Well… that’s a long tale… But, it will be mightily embarrassing for the Boris Johnson Government if the first UK power outages occur during the COP26 Climate Circus in Glasgow in November.

COP26 has driven the Government’s agenda and ambition to be seen as more green, more carbon neutral and more ESG than anyone else. I’ve heard tales of cabinet ministers throwing sweary hissy fits when asked to support policies that don’t immediately square with green policies perceived as vote winners.

As I’ve written many times – ESG is well intentioned, but perhaps the most dangerous force in Economics today.

Investment managers rely on people giving them money to manage. That is why every single fund manager on the planet is fixated on polishing their green credentials, demonstrating how they are funding ESG compliant investments, and eschewing anything even vaguely linked to hydrocarbons. It is also why Saudi Arabia is polishing its credentials by improbably launching and successfully selling a Green Bond.

The result is a chronic failure of common sense across the investment industry.

Fund managers claim to be investing in our futures. If that is true – how do they expect the world can transition seamlessly from dirty hydrocarbons to clean renewables overnight? It takes 20 years to get planning and build a nuclear power station – while wind is proving fickle, unreliable, far less efficient and difficult to maintain.

The brutal reality is we can’t decarbonise the global economy overnight. Over 30 years.. perhaps! Through the transition period we will still need power and energy derived from the old dirty hydrocarbons. Powering up EVs, making the fuel for hydrogen planes and trains, will all require hydrocarbon derived energy. That’s fact.

Instead, ESG investment compliance means all the gas in our offshore waters that could have powered the UK to becoming a truly carbon-nuetral, energy secure state in 20-30 years time is untapped and un-investible. For now – the skills to tap it are already disappearing.

ESG has evolved into a religion, a high church of environmental orthodoxy. Its heretical to suggest ESG can’t work unless we evolve towards a cleaner energy ecosystem by continuing to burn hydrocarbons. A crisis this way comes: for all the posts on Linked-In boasting about green investments, or the industry awards for Green Bond of the year, or the multitude of certificates one can earn on ESG investments – it will all count for nothing this winter.

This winter – people are going to die of cold.

As the price of energy goes higher, the costs will fall disproportionately upon the poorest in Society. Income inequalities will be dramatically exposed as the most vulnerable in society face a stark choice: Heat or Eat.

That has all kind of social consequences. Can you imagine how the Gillet Jaunes in France will react ahead of the French elections in April? And what about the prospect for riots as fuel prices hit the poorest communities and ethnic groups in the UK?

This winter the UK is likely to be on its knees begging energy from wherever it’s available. Europe will be in as much trouble. The Middle East will be charging whatever they can get away with, and the capacity to deliver is limited. The much vaunted energy-independence of the US will be tested – it unlikely they will be minded to export. That will leave government with a stark choice – let people freeze or pay the cost, probably triggering a balance of payments crisis and a further confidence crash in sterling.

The likely source of Gas will be Russia. And Vladimir Putin can’t wait.

The coming Energy Crisis will be his grand opportunity. Remember the famous photo of him with Angela Merkel and his dog prowling in front of her? Putin knew she has a terror of dogs so he deliberately intimidated her. He won’t deal with Europe. He will invite each European leader to plead their case individually, menacingly asking each leader why he should open the Gas Taps to their nation specifically.

Covid 19 was the first big test for Europe. Its’ vaccine programme failures could have been disastrously fractious for the EU. When faced with a European Energy Crisis and Russia holding the cards, what’s to stop countries doing deals? Who will crack first? Poland? Germany? And what will Putin expect in return? Legitimacy?  A free-hand to deal with domestic dissent? Sanction ending? A free hand in Ukraine or even the Baltics? It rather depends on what price he thinks he can force Europe to pay.

And what will Putin ask of Boris? That London reopens its door and markets to the kleptocracy he leads? Or something more…?

Make no mistake, this winter is going to be shocking. Be aware.