The Economic Winners And Losers Of The Pandemic

While the coronavirus pandemic is still ongoing, the economies of most OECD countries have started to bounce back from the effects of 2020.

As Statista’s Florian Zandt notes, according to data accumulated by The Economist, Ireland is the nation with the highest GDP uptick between Q4 2019 and Q3 2021, increasing its domestic product by 22.3 percent. While impressive, this result is the exception rather than the norm as Statista’s chart indicates. 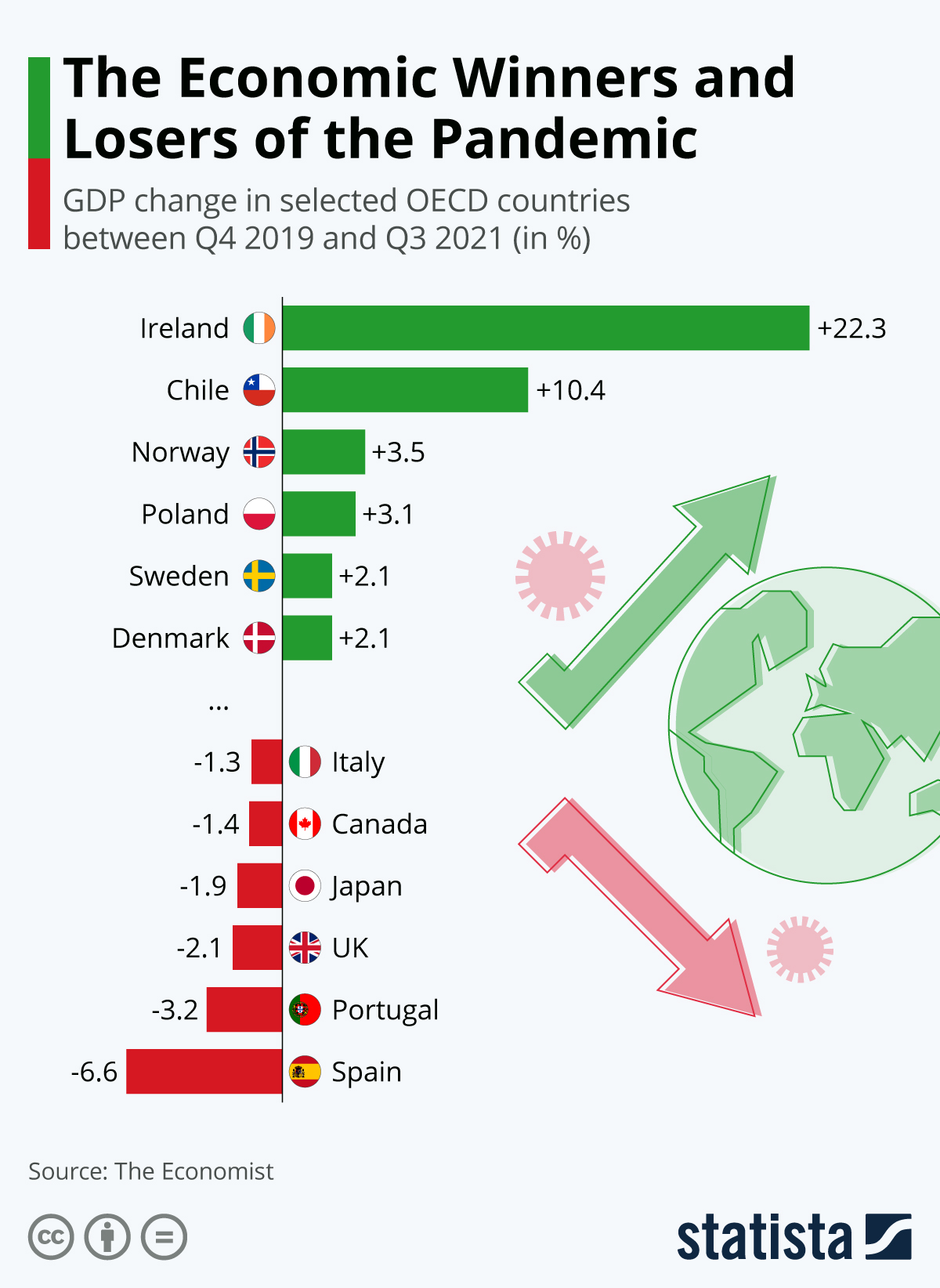 You will find more infographics at Statista

Following Ireland is Chile with an increase of 10.4 percent in GDP while the countries taking up spots three to six show a more modest growth between 2.1 and 3.5 percent.

The European countries hit hardest by the virus, among them the UK, Portugal, Spain and Italy, still haven’t recovered from the onset of the pandemic, with their GDPs shrinking between 1.3 and 6.6 percent. While the United Kingdom, for example, seemed to be on track for herd immunity following its bout with Delta, it currently places second worldwide when it comes to new cases with 157,758 infections recorded on January 3 due to the continuous spread of the highly transmissible Omicron variant. Spain, the country with the highest GDP decline on the list of 23 OECD countries analyzed by The Economist, is currently in third place with 93,190 new cases while still suffering from the lack of tourism income in the past two years.

While the GDP alone can only offer a snapshot of the economic health of a country, it is nonetheless a valid indicator on its own.

To establish a more detailed ranking, Economist analysts also collected data on the changes in household income per person, investment of state capital, share prices and the ratio of public debt to GDP. When considering this expanded analysis, Denmark, Slovenia and Sweden were the economies that have navigated the pandemic best so far, with Japan, the UK and Spain coming in last.