The Gateway Pundit previously reported that Customs and Border officials captured two small packages of Ivermectin and hydroxychloroquine at Chicago’s O’Hare Airport recently. The two drugs would not have raised an eyebrow before the COVID pandemic. But since the Democrats and media politicized the completely safe, inexpensive, and effective medications the Customs agents are on the lookout for these cheap drugs. Meanwhile, Mexican cartels continue to smuggle record amounts of fentanyl into the country this year.

Now, a Gateway Pundit reader has received a letter from the U.S. Food and Drug Administration (FDA) regarding a shipment containing Ivermectin that she bought from a foreign country is being held by the post office.

Here’s the excerpt from the email:

“I just want the word out of what they are doing. Every friend and family member that I have that was unvaccinated and has had covid and used Ivermectin or Hydroxychloroquine along with Zinc, vitamin C, and D did not have to be hospitalized. I am so angry that they are making it almost impossible to get. I have an arthritis condition that I have been prescribed 400 mg of Hydroxychloroquine daily. I have been taking it for more than 6 months with no adverse side effects whatsoever.”

According to the letter, the items mentioned above are subject to refusal of admission into the United States because they do not appear to be in compliance with the requirements of the law as indicated below:

UNAPPROVED NEW DRUG – The article is subject to refusal of admission pursuant to Section 801 (a)(3) in that it appears to be a new drug within the meaning of Section 201 (p) without an approved New Drug Application (NDA).

MISBRANDING – The article has been determined to lack adequate directions for use. The drug is available in the US; therefore is
is not permitted for personal importation.

The letter stated that IVERMECTIN is an unapproved drug and does not appear to qualify for release.

“The policy is intended to make available, through the exercise of enforcement discretion, unapproved drugs used to treat serious medical conditions for which no equivalent treatment exists in the United States, and unapproved drugs used to continue treatment begun in a foreign country. This drug does not appear to qualify for release. All products of this kind must meet the requirements of the Federal Food Drug and Cosmetic Act or other laws enforced by the U.S. Food and Drug Administration. These laws are designed to protect you from, among other things, unsafe or misrepresented foods, drugs, biologics, cosmetics, devices, and other articles.”

Here’s a copy of the letter from the FDA: Despite all the stories, testimonies, and studies showing Ivermectin as effective early treatment of COVID-19, the Food and Drug Administration has refused to authorize the drugs — that have been saving lives for decades– for Covid treatment, claiming, “Ivermectin has not been shown to be safe and effective for these indications.”

Yet, more people have died and suffered adverse side effects from Covid vaccines than any other vaccine in recorded history, data from the Center for Disease Control’s underreported VAERS report confirms.

The post “The Drug Does Not Appear to Qualify for Release” – EXCLUSIVE: Post Office Holds Woman’s Foreign Shipment of Ivermectin at the Request of the FDA appeared first on The Gateway Pundit.

Will this bill lessen the likelihood of mandates? Read the full post at Red Voice Media.

San Francisco Police shot and killed an armed man who was acting "suspiciously" inside the airport's international terminal. Read the... 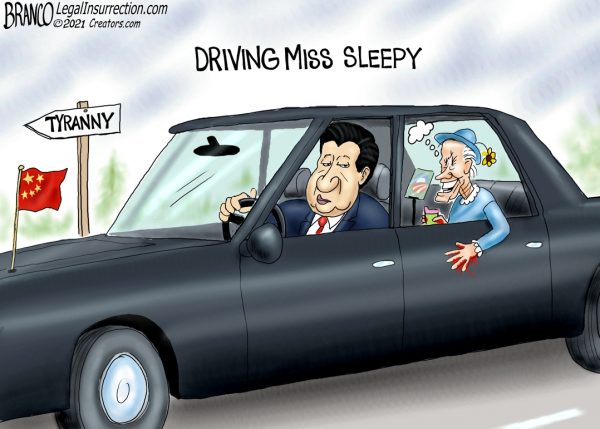