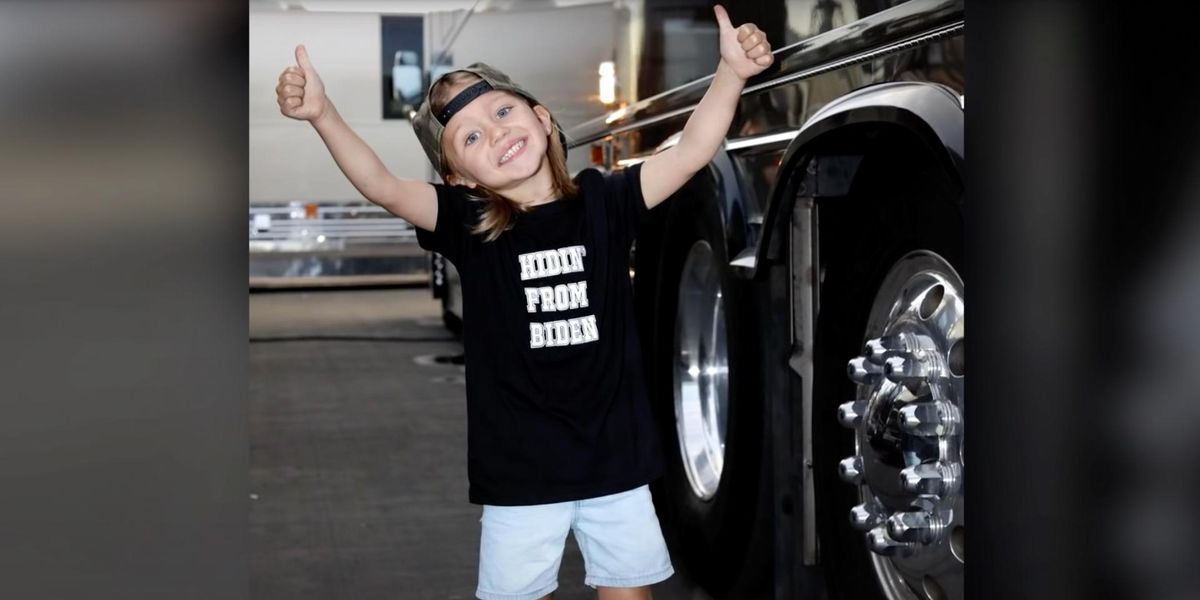 Country music star Jason Aldean made headlines after he told social media commenters criticizing his parenting and using their children as “political props” after they were seen wearing T-shirts that read “HIDIN’ FROM BIDEN.”

Jason over the weekend poked a hornet’s nest of controversy after his wife, Brittany Aldean, shared photos of their children — ages 3 and 2 — wearing black T-shirts emblazoned with the logo “HIDIN’ FROM BIDEN.”

Under one of Brittany’s photos, Jason wrote, “My boy!”

In another photo, Brittany herself can be seen wearing a shirt that read “Anti Biden Social Club.”

The photos naturally sparked interest among Brittany’s nearly 2 million followers, with some arguing that the celebrity couple was using their children as “political props” and more.

According to a report from The Washington Post, one user quipped, “If you thought Trump’s path for America was any better, you’re delusional!”

In the comments, Jason fired back and wrote, “Watch ur mouth lady! We will teach our kids what we think is right and what we think is best for their future. If you think what is happening right now is ‘great’ for the future of our kids and grandkids, u are delusional!”

He added, “Definitely better than what we got now! Please tell me one thing that the current administration has done that is positive? Just 1!!!”

Another user sniped, “I was so surprised — love your family but really you do not get it!!”

“Way to use your kids to teach them crap,” another user wrote. “We are much better off now than were were a couple years ago — of course considering your morals[.]”

The Daily Mail reported that another commenter — a self-described Trump supporter — accused the Aldeans of being immature.

“I’m a huge Trump fan but using your kids when they don’t know a thing about politics that’s just wrong,” the user wrote. “Y’all need to be more mature.”

Despite the negative responses, the photo of the children wearing the T-shirts did receive support and admiration.

One user applauded the move, and wrote,”Beautiful, America First!!!”

Another user added, “Raising them right!!!”

“Thank you for standing up for what you believe in regardless of what people think of you!!!” another commenter gushed. “More people in the spotlight should take note!”

Jason Aldean Goes Off On Woman Criticizing His Parenting: “Watch Your Mouth!” www.youtube.com