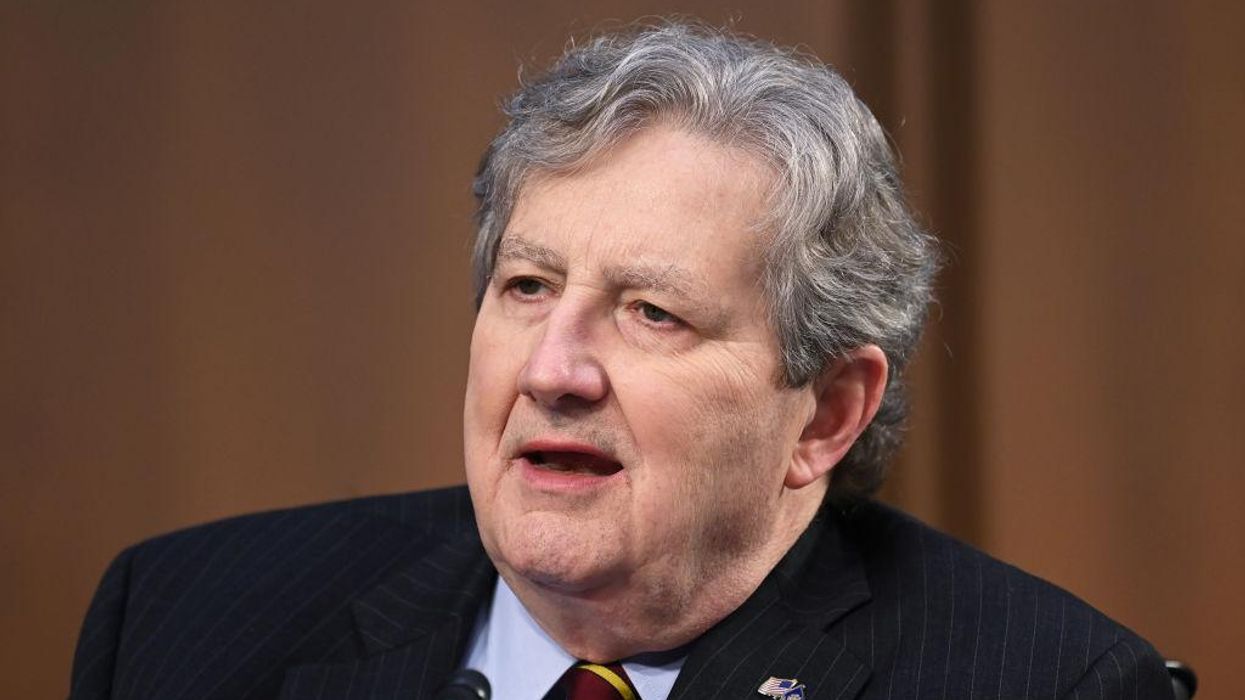 Louisiana Sen. John Kennedy said during an interview on Tuesday’s episode of “Fox News Primetime” that President Joe Biden’s “poll numbers are going down like a fat guy on a seesaw.”

“I think it’s fair to say that President Biden and his merry band of woke-aristas have broken a lotta plates in their first 10 months. That’s why his poll numbers are going down like a fat guy on a seesaw. Everything from Afghanistan, to inflation, to the border crisis, to his handling of COVID,” Kennedy said.

The Republican lawmaker has served as a senator from Louisiana since 2017.

President Biden’s job approval rating is underwater in some polls, like The Economist/YouGov and Politico-Morning Consult, though other polls paint a less grim picture of public sentiment, like a CNN poll conducted by SSRS that indicated 50% approve and 49% disapprove of Biden’s handling of his job.

Less than one year into a four-year term, the Biden administration has already faced heavy criticism on a multitude of fronts.

Former President Donald Trump issued a statement on Wednesday in which he asked if people miss him yet.

“COVID is raging out of control, our supply chains are crashing with little product in our stores, we were humiliated in Afghanistan, our Border is a complete disaster, gas prices and inflation are zooming upward—how’s Biden doing? Do you miss me yet?” Trump asked.

As only he can, @SenJohnKennedy lists the reasons Biden’s approval numbers are going down “like a fat guy on a sees… https://t.co/k2SRXr16yk