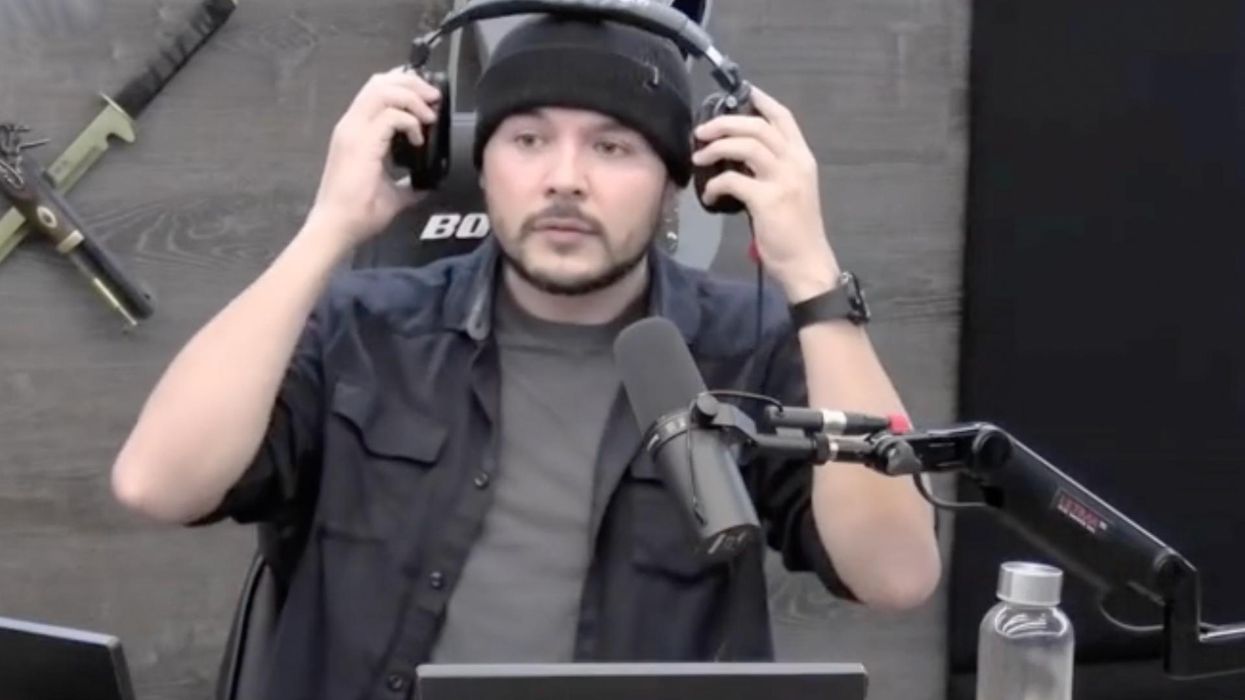 Police swarmed podcaster Tim Pool’s Maryland home on Thursday after reports that there’d been a murder on his property.

Authorities later determined the reports were nothing more than a swatting incident.

During a Thursday taping of his “Timcast IRL” podcast, Pool said, “The cops walked in. … We’ve been swatted. I am extremely unhappy with this. … I do not like cops coming into my house when we have mats all over the place that say ‘come back with a warrant.’ I don’t know who let them in or why. I understand they’re here because we got swatted.”

“A report was made that two people had been shot and killed and that the gunman was threatening to hurt themselves. They didn’t send a SWAT team; it was just a couple of officers. … But I am not happy with the idea that they are walking into our studio while we are live,” he added.

Pool addressed the incident on Twitter and provided greater detail of what happened during the live podcast.

He wrote, “We just got Swatted, adding, “Someone called Police and said they shot and killed two people and were going to kill more[.] Police were told not to enter without a warrant but said they didn’t need one due to exigent circumstances. This is a large house used as a production studio with many employees on site[.]”

Someone called Police and said they shot and killed two people and were going to kill more\n\nPolice were told not to enter without a warrant but said they didn’t need one due to exigent circumstances.\n\nThis is a large house used as a production studio with many employees on sitehttps://twitter.com/Timcast/status/1479270569141063680\u00a0\u2026

According to the Post Millennial, co-host Luke Rudkowski said, “A police officer is strolling in here, looking around, because it looks like someone just swatted this live broadcast.”

“That’s something that is extremely dangerous,” he added. “Extremely reckless. Because swat incidents have led to many people dying. People thinking that their house is being raided by criminals, defending themselves.”

Pool later tweeted surveillance images from his property, which he captioned, “Cops got call at 8:20pm, arrived 8:27pm[.] Security camera footage time isn’t adjusted for daylight savings[.] At least 8 vehicles, several different jurisdictions If it wasn’t for our CTO going outside and calming things down it would have been bad[.]”

Cops got call at 8:20pm, arrived 8:27pm\n\nSecurity camera footage time isn’t adjusted for daylight savings\n\nAt least 8 vehicles, several different jurisdictions\n\nIf it wasn’t for our CTO going outside and calming things down it would have been badpic.twitter.com/0P8RJzYPD1

According to the Washington Examiner, the Washington County Sheriff’s Office confirmed the incident and said that deputies were dispatched to the property on Thursday night “for the report of two people having been shot and the suspect threatening suicide.”

“A check was conducted, and it was verified that no one was hurt or threatening suicide. Upon completion of the check of the address, Deputies exited the property,” the statement continued.