A Supreme Court of Pennsylvania divided along partisan lines upheld the state’s 2019 mail-in voting law in a 5-2 decision on August 2, which means that current mail-in balloting rules will probably remain in place for the upcoming November 8 elections for Congress and for state offices such as governor.
The decision overturned a lower court ruling that had found the mail-in voting law ran afoul of the Pennsylvania Constitution.
All five Democratic justices supported the new ruling; both Republican justices dissented.
Pennsylvania Gov. Tom Wolf, a Democrat, hailed the ruling which he said “definitively asserts that mail-in voting is a legal and constitutional method for Pennsylvania voters.”…
Read the full post at The Epoch Times.

Following the FBI’s raid of Trump’s private residence at Mar-a-Lago, Socialist Mop repost a video that I did back in...

The House of Representatives on Friday passed the $740 billion Bidenflation scam bill which will raise taxes on the middle...

According to an FBI forensic report obtained by ABC News, the gun delivering the fatal bullet in the Oct. 21...

About 40 immigrants, a majority of the passengers on the NYC-bound bus, were supposed to get off in Chattanooga, they...

A.F. Branco Cartoon – Blinders Are Off 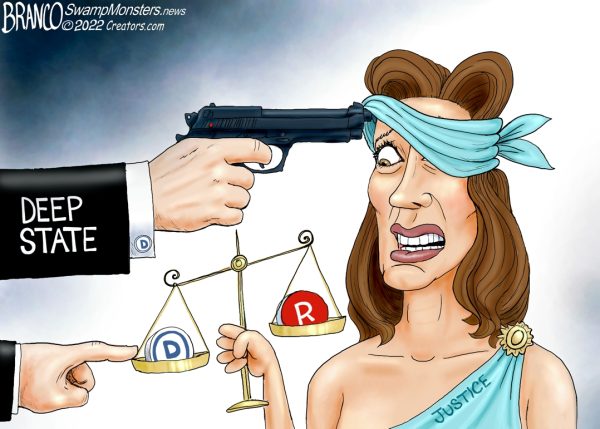