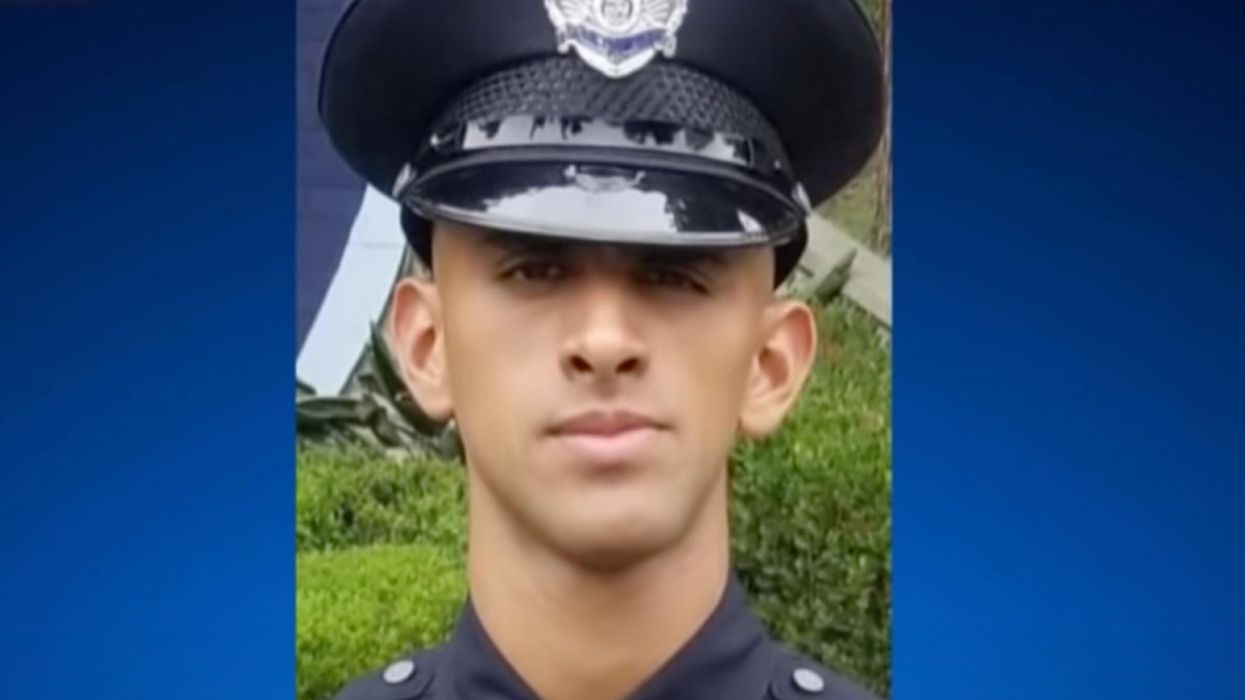 A suspect fatally shot an off-duty Los Angeles police officer during an armed robbery that took place as the officer and his girlfriend were house-hunting, the Los Angeles Times reported.

Authorities have arrested at least four people in connection with the attack on the officer.

Los Angeles Police Department Officer Fernando Arroyos, 27, was house-hunting with his girlfriend on Monday when they ran into trouble.

The two had just parked their car to look at a home when three suspects drove up and approached the pair in confrontation.

Los Angeles Police Department Chief Michel Moore said that Arroyos yelled for his girlfriend to “go back to the car.”

When his girlfriend was safely out of the way, Arroyos exchanged gunfire with the suspects.

Los Angeles County sheriff’s deputies rushed to the scene and quickly transported Arroyos to a nearby hospital, where he was pronounced dead.

Moore said that the officer’s weapon and a second weapon were discovered at the scene.

“We believe [the second weapon] was responsible for this assault,” Moore said during a press conference on the officer’s murder.

Following a brief investigation, authorities arrested four suspects in connection with the murder.

Los Angeles Mayor Eric Garcetti lauded Arroyos as a hero who was trying to defend himself and his girlfriend.

“My heart is broken. Our city’s heart is broken. And certainly our LAPD family’s hearts all grieve,” Garcetti said. “We know we need the community’s help. But we also have every faith and confidence that we’ll be identifying the person or persons responsible for this terrible act and this grievous loss.”

The New York Post reported that the four suspects were arrested on Wednesday.

Authorities have yet to release any information about the suspects or what charges they may be facing.

Arroyos’ supervisor, Los Angeles Police Department Lieutenant Rex Ingram, said that Arroyos had just two dreams for his life — to be a first-generation college student and to become an LAPD officer.

“The first time I read one of his reports I knew his writing skills were far superior to his peers and, frankly, some ways above the ability of his superiors,” Ingram recalled. “So, I asked him where he went to school, and he, being humble, says ‘LAUSD.’ And I reply, ‘Which college?’ and he says, ‘Cal Berkeley.’”

According to the report, Arroyos grew up in a home with his mother, stepfather, and grandmother and went on to Berkeley, where he earned a legal studies degree.

“He could have gone to law school or FBI like his peers with that education, but he wanted to serve his community and give back,” Ingram said. “He loved his community. … He was very close to his family.”

The Los Angeles Police Protective League on Wednesday tweeted, “Instead of finding a new home with his girlfriend last night, LAPD Police Officer Fernando Arroyos was murdered in an attempted armed robbery. He was off-duty. A life full of promise, taken by cowards. RIP Officer Arroyos.”

Instead of finding a new home with his girlfriend last night, LAPD Police Officer Fernando Arroyos was murdered in an attempted armed robbery. He was off-duty. A life full of promise, taken by cowards. RIP Officer Arroyos.pic.twitter.com/5yzi6dAFat