The National Weather Service (NWS) said drought-stricken Northern California might catch a break from wildfire season this week as several weather events of rain and snow move across the area.

An NWS meteorologist in Sacramento, Emily Heller, said precipitation has already begun to fall in some areas, with more expected by the weekend.

“It is definitely going to help things out,” Heller said. “Whether we can say fire season is quote-unquote over, we will have to hear from the i-mets in the field, but it will definitely be helpful.”

A little less than two inches of rain is expected across the Bay Area this week from a series of storms coming from the Northwest. Higher altitudes in the eastern portions of Sierra Nevada could see more than a half-foot of snow.

NWS issued a winter weather advisory on Monday for the Sierra Nevada area. 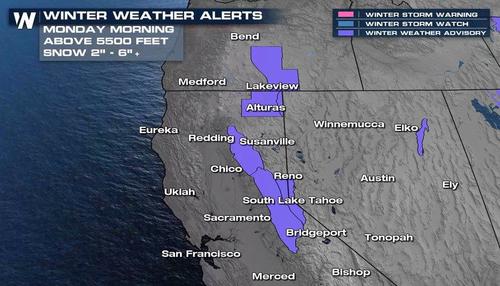 The storms could surpass average monthly rainfall totals, a major relief for the area that has seen hundreds of thousands of acres scorched by wildfires. San Francisco could see some of the biggest rainfall precip in a year. 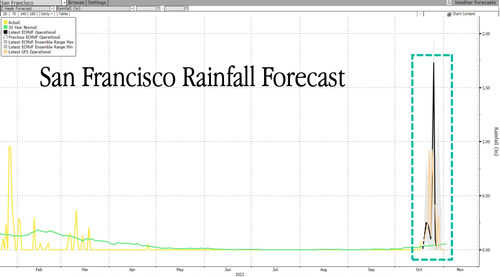 According to the California Department of Water Resources, California has reported its driest water year in nearly a century. The U.S. Drought Monitor shows 87% of the state is experiencing extreme or exceptional drought. About half of the state is in the worst category. 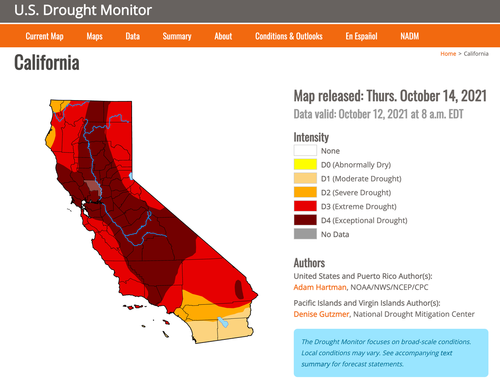 In the months ahead, the news gets better for Northern California and the Pacific Northwest as the Climate Prediction Center, an arm of the NWS, has called for La Niña conditions, which means wetter than average conditions might alleviate some of these drought-stricken areas. As for Southern and Central California, La Niña means a drier than average winter.