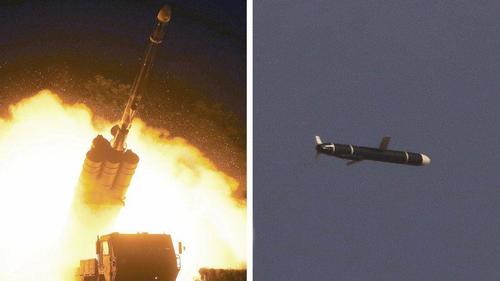 Later, in an emailed statement, the Japanese Coast Guard said that North Korea launched what may have been a ballistic missile. 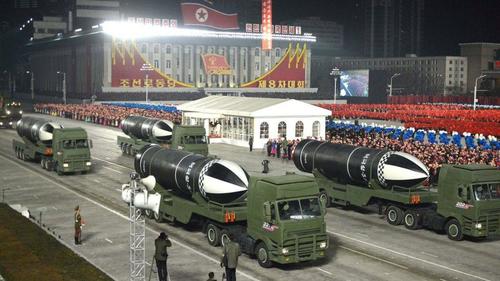 Missiles on display at at a military parade in January 2021

This test comes just days after the US Defense Department warns that North Korea may resume long-range ballistic missile tests in the year 2022.

As NHK reports, the Defense Intelligence Agency, an intelligence arm of the US Defense Department, on Friday released a report that examined the current situation of North Korea’s military power, including its nuclear weapons and missiles.

The report says, “North Korean leaders view nuclear arms as critical to regime survival,” and “It is possible we could see a test of a long-range missile over the next year.”

The report adds North Korea also will work to improve its newer solid-fueled ballistic missiles, which can be made ready for launch more quickly than liquid-fueled ones.

It also says, “Integrating a nuclear weapon with a ballistic missile and enabling that nuclear-armed missile to function reliably as a system is North Korea’s ultimate operational goal.”

It notes that “further underground nuclear tests to validate weapon capabilities are possible.”

The report did not cite any specific intel suggesting such a possibility, but it may just have come true tonight.

The reported test-firing comes just hours after Tongil Voice, a North Korean propaganda radio broadcast, said on its website Seoul should take actions to improve cross-border relations before such a declaration can be made.

“Currently, inter-Korean relations are unstable and remain in a stern, strained phase,” it said.

“If an end-of-war declaration is made while neglecting the current hostile and opposing relations, (the two sides) will fall into the evil cycle of conflict even before the ink dries up.”

It cited Seoul’s recent arms buildup and joint military exercises with the United States as the cause of tensions on the peninsula.