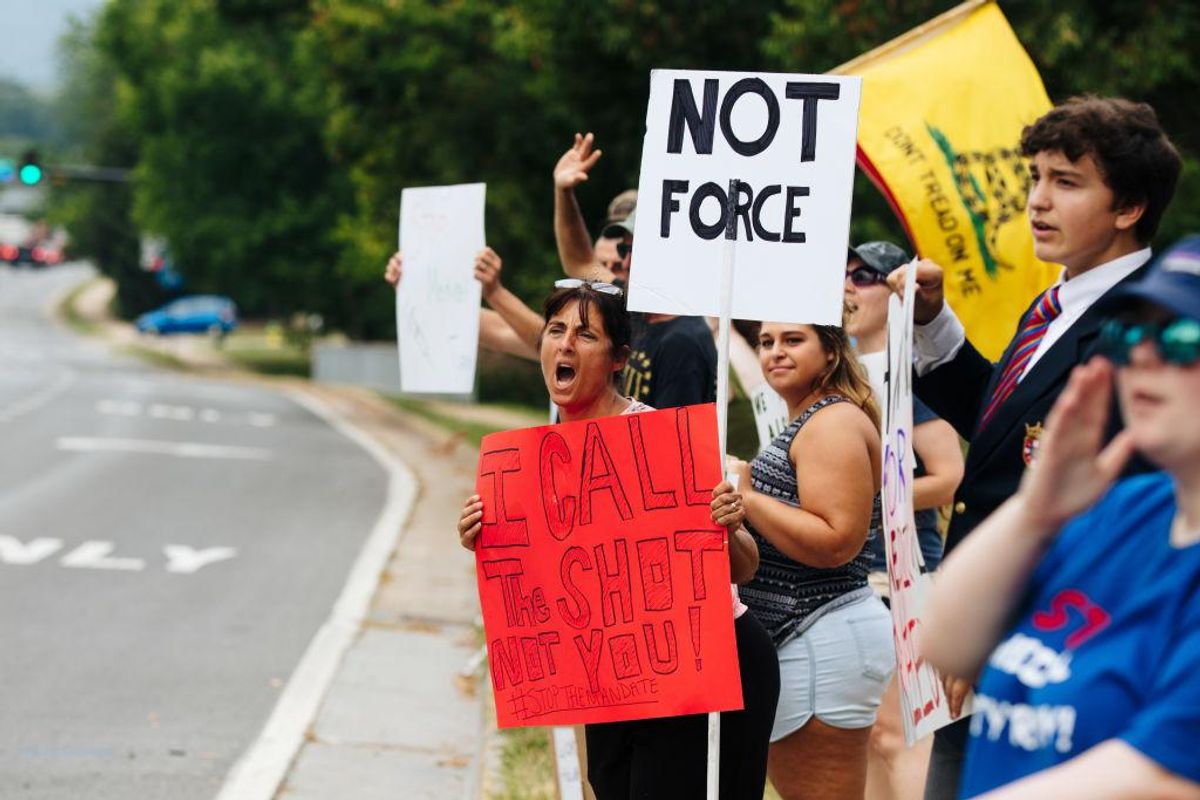 A hospital system based in North Carolina on Monday fired nearly 175 unvaccinated workers who had refused to comply with the company’s COVID-19 vaccine mandate.

Megan Rivers, a spokeswoman for Novant Health, tweeted Tuesday that about 175 workers across 15 hospitals and 800 clinics were dismissed while the “vast majority” of the organization’s more than 35,000 employees were compliant with the vaccine policy.

Last week, Novant Health announced that about 375 team members had been suspended without pay for noncompliance with its mandatory COVID-19 vaccination program. These employees were given five days to come into compliance or lose their jobs.

According to Rivers, during that five-day period an additional 200 employees were vaccinated, bringing the hospital system’s employee vaccination rate above 99%.

“We stand by our decision to make the vaccine mandatory as we have a responsibility to protect our patients, visitors and team members, regardless of where they are in our health system,” Novant Health said in a statement to the Washington Post. “We couldn’t be prouder of our team members who made the choice to receive the Covid-19 vaccine and remain part of our team at Novant Health.”

According to the Post, this mass firing of unvaccinated health care workers is one of the largest mass firings over vaccination status to date. It was preceded by the Houston Methodist hospital system firing more than 150 employees who did not comply with that company’s vaccine mandate. Also, 150 workers at Delaware-based ChristianaCare were fired for failing to comply with vaccine policy.

In New York, which was among the first states to force health care workers to get vaccinated against COVID-19, the mandates have resulted in 92% of the state’s estimated 600,000 hospital and nursing staff to receive at least one vaccine dose, the New York Times reported. In New York City’s public hospital system, more than 8,000 workers were unvaccinated as of last week. By the implementation of the mandate on Monday, that number decreased to about 5,000.

However, the mandates were met with at least eight lawsuits and angry protests. Gov. Kathy Hochul (D) said Saturday she is willing to declare a state of emergency to prevent staff shortages that may be caused by noncompliant health care workers.

A similar vaccine requirement in California will take effect on Thursday.