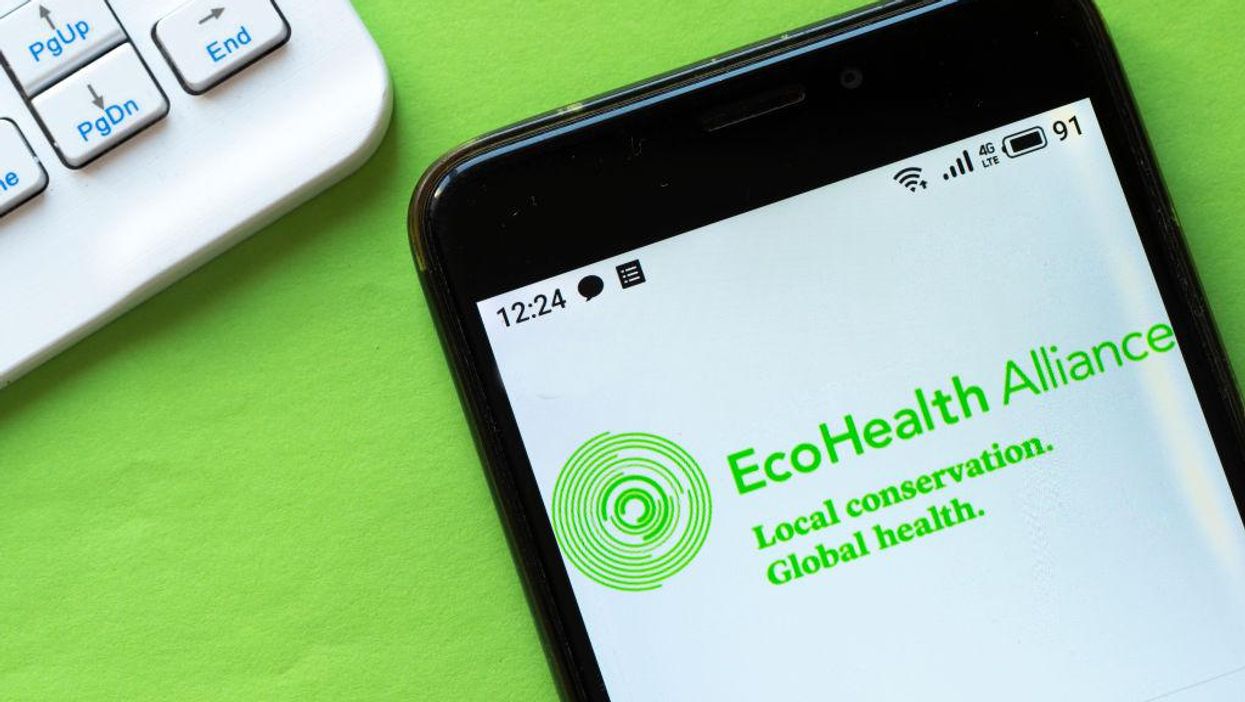 EcoHealth Alliance is in trouble with the National Institutes of Health again, but the agency appears to be showing lenience toward the nonprofit group, which used taxpayer dollars to conduct risky bat virus experiments with Chinese researchers.

In October, then-NIH Principal Deputy Director Lawrence Tabak wrote in a letter to lawmakers that EcoHealth had violated the terms of a research grant to study bat coronavirus by failing to report the results of a lab experiment that caused a bat coronavirus to become more contagious. Now, current NIH Deputy Director Michael Lauer wrote another scathing letter to the nonprofit criticizing EcoHealth’s pattern of noncompliance with the agency’s grant requirements.

“EcoHealth has demonstrated a history of failure to comply with several elements of the terms and conditions of grant awards, but also for the suspended award,” Lauer wrote to EcoHealth Alliance President Peter Daszak and chief of staff Dr. Aleksei Chmura.

The “suspended award” was a 2020 grant for research that was sub-awarded to the Wuhan Institute of Virology, according to the Washington Examiner, which first reported the letter.

EcoHealth has received millions of dollars in taxpayer-funded research awards over the course of many years for coronavirus research in China as well as many other projects. But Lauer accused the group of a slew of violations related to neglecting to turn in financial and research progress reports on time and failing to meet other oversight requirements. The NIH identified eight different written agreement requirements that EcoHealth had failed to comply with, including reporting requirements for a $3 million study of “spillover risk of high zoonotic potential viruses from wildlife,” the Examiner reported.

The NIH also accused EcoHealth of overcharging the agency on its “facilities and administrative” costs for the grant involving work with the Wuhan lab. “NIH identified that an inappropriate F&A was charged at a rate of 11 percent for years 2-5 of the subaward agreement,” the letter states. The nonprofit should have charged a rate of 8%, according to NIH.

Because of these multiple violations, the NIH informed EcoHealth that its current grants will no longer be automatically extended at no cost. The nonprofit must “request and receive written prior approval from the appropriate NIH awarding Institute or Center (IC) before any extensions of the final budget period.” Additionally, EcoHealth will be required to “develop and successfully implement a Corrective Action Plan (CAP) for these awards with milestones to address and correct the deficiencies noted in this letter.”

Commenting on Lauer’s letter, Dr. Richard Ebright, a molecular biologist at Rutgers University and a critic of gain-of-function experiments, criticized the NIH for going easy on EcoHealth by declining to take further enforcement action, even though the agency is entitled to under federal law.

“Inexplicably, [the] letter imposes no sanctions on EcoHealth — which continues to receive $2.1 million annually in NIH funding — other than to set a new deadline of 1/14/2022,” Ebright tweeted. He is one of many public health experts who believes that EcoHealth improperly funded risky gain-of-function experiments in Wuhan, China, that could make viruses deadlier.

NIH officials including Dr. Anthony Fauci have repeatedly publicly denied that grants awarded to EcoHealth or any other researchers were used to fund gain-of-function research that made deadly pathogens more transmissible among humans. EcoHealth also denies that a $600,000 grant received from the National Institute of Allergy and Infectious Diseases and sub-awarded to the Wuhan lab funded gain-of-function research there, but this claim is contested. Lawmakers like Sen. Rand Paul (R-Ky.) have asserted that experiments known to have been done with EcoHealth’s collaboration qualify as gain-of-function, and squabbling over the technical definition this area of research has led to tense public exchanges between Paul and Fauci. Last summer, Paul referred Fauci to the Department of Justice to be criminally investigated for allegedly lying to Congress.

Leaked documents published by whistleblowers in September revealed that in 2018, EcoHealth Alliance asked the Defense Advanced Research Projects Agency for a $14 million grant to study infectious diseases as part of a program to prevent pandemics. The agency ultimately rejected EcoHealth’s request after reviewers determined the group proposed to conduct research that violated agency guidelines on gain-of-function research.

The main problem with EcoHealth Alliance dodging oversight and reporting requirements for its research grants is that if the group did fund gain-of-function research, Fauci and the NIH may not even be aware of that fact because the results of the experiments were not reported on time.