As Hunter Biden waits for the outcome of the Delaware criminal federal investigation into his taxes and overseas business dealings to be made public, new allies are attempting to flip the script on the scandal of his infamous laptop.

Kevin Morris, the generous Los Angeles entertainment lawyer who loaned Hunter more than $2 million to pay off his tax debts, has launched a sensational public-relations campaign to discredit the laptop and divert attention from its damning revelations of the Biden family’s international influence-peddling scheme.

Morris, 58, has assembled a team of 30 lawyers and investigators to help his friend Hunter, 52, “blunt the impact” of the Delaware probe, according to CBS News.

But leaks from inside the Morris camp, and a hand-scrawled mind map he has shared with confidants, show a chaotic disinformation project attempting to rewrite the story of the laptop’s origins.

The counternarrative Morris is mounting on Hunter’s behalf has nothing to do with the damning contents of the laptop, which have been repeatedly verified as authentic by multiple media organizations since The Post broke the story in October 2020.

Instead, Hunter’s team is attempting to sow confusion about how the laptop became public, by denying that he abandoned his laptop in John Paul Mac Isaac’s Delaware repair shop on April 12, 2019, and claiming his private information was somehow stolen, “hacked” or “cloned.”

But the chain of custody of that laptop has been well established by The Post.

Mac Isaac came to legally own the MacBook 90 days after Hunter failed to reclaim it or pay his $85 repair bill. After finding Ukrainian material on the laptop that he thought was relevant to Donald Trump’s impeachment trial, Mac Isaac handed over the computer to the FBI on Dec. 9, 2019.

In August 2020, Mac Isaac FedExed a copy of the laptop’s contents on a hard drive to Bob Costello, the lawyer of Trump’s personal attorney Rudy Giuliani, who alerted The Post. The hard drive formed the basis of The Post’s bombshell reports in October 2020, revealing Joe Biden’s involvement in Hunter’s overseas business dealings, despite his denials.

But in Morris’ telling, there was no laptop dropped off with Mac Isaac, just a laptop which Hunter abandoned on Feb. 1, 2019, at the office of his psychiatrist, Dr. Keith Ablow, in Newburyport, Mass., where he was being treated for his crack addiction.

Morris alleges in his scrawled mind map, and in conversations with confidants, that Trump ally Roger Stone and his lawyer, Tyler Nixon, masterminded a plot with Ablow and Mac Isaac to create “clones” of the laptop left in Newburyport to damage Joe before the 2020 election.

Tenuous connections include that Stone wrote the foreword for Ablow’s 2020 book, “Trump Your Life,” and Ablow wrote columns for The Post in 2009.

The conspiracy theory has been aired by CBS News and is being disseminated on Twitter by the Brooklyn Dad Defiant account, run by left-wing social-media influencer Majid Padellan, who reportedly has been paid thousands of dollars by a Democratic PAC to post pro-Biden opinions.

Padellan started tweeting about Ablow and Stone two weeks ago, alleging, “Dr. Keith Ablow is one of the shady characters that is being exposed for tampering with Hunter’s laptop, one of many in the busted chain of custody . . . #AblowClones.”

‘A work of fiction’

But this counternarrative is easily disproven and was dismissed Sunday by Ablow as “a work of fiction,” by Stone as “insane conjecture bordering on defamation” and by Mac Isaac as a “loose effort to muddy the waters.”

It is true that Hunter abandoned a second laptop at Ablow’s office, along with a $12,000 Loro Piana blazer that he declined to pick up, despite numerous reminders from Ablow’s secretary.

That second laptop remained in a safe in Ablow’s basement for a year, until the psychiatrist was raided by the Drug Enforcement Administration on Feb. 13, 2020. Ablow was never charged over the raid, but DEA agents seized the laptop, which was then returned to Hunter’s lawyer George Mesires.

A third laptop belonging to Hunter was stolen by Russian drug dealers in August 2018, during a bender in Las Vegas, according to Hunter, who recorded himself telling the tale in a video on the Mac Isaac laptop.

Clearly, losing laptops was a perennial problem for Hunter, who was addicted to crack during the time he was being paid millions by shady characters in China, Russia, Ukraine, Kazakhstan and Romania while his father was vice president.

Hunter had at least 46 Apple devices between 2011 and 2019, including 20 iPhones, eight Mac computers, nine iPads and three Apple TVs, according to cyber-forensics expert Konstantinos Dimitrelos, who was commissioned by the Washington Examiner to examine a copy of the Mac Isaac-originated hard drive. Dimitrelos found it was “indisputably authentic [with] no evidence of any hacking or file manipulation.”

The biggest problem with Morris’ conspiracy theory of the “Ablow clones” is that there are authentic videos and other material unique to the Mac Isaac laptop that were created after Hunter left his second laptop at Ablow’s office.

For example, 13 videos were created on the Mac Isaac laptop using the Photo Booth app between Feb. 6, 2019, and March 10, 2019, mostly recording his sex sessions.

Photo Booth videos are saved internally on a Mac and not uploaded to the cloud when the computer is synchronized with other devices. In other words, these videos are unique to the Mac Isaac laptop, confirming that it is not a clone of the earlier Ablow laptop.

In one of the videos, dated Feb. 24, 2019, Hunter films himself in a heated phone conversation with his widowed sister-in-law-turned-lover, Hallie Biden, over a Maureen Dowd column published in The New York Times that day about how the “troubled Hunter” could damage Joe’s presidential prospects.

The publication date of the column corroborates the time stamp of the video, created 23 days after Hunter left his second laptop with Ablow.

“I wouldn’t know how to access a password-protected laptop if my life depended on it.”

Two of Hunter’s friends describe Morris as a “sugar brother” who also has been paying his $20,000 rent in California.

He even flew to Serbia with a film crew in November and infiltrated the set of “My Son Hunter,” an upcoming movie about Hunter’s ­laptop.

Morris was unavailable for comment before deadline. But his fanciful theory is worthy of a Hollywood blockbuster.

The father of the man who fatally shot seven people during a Fourth of July celebration has done an interview...

Bullets that grazed two police officers during Philadelphia’s July Fourth festivities were fired from the same gun – and likely...

The Gateway Pundit reported that according to a group watching the supply chain closely for their clients that there has been a 129% increase in food plant fires globally from 2020 to 2021. They reported to their clients more than 400 fires in the US alone and sent out more than 11,000 supply chain alerts in that same time frame. I smell a rat. Does that make me a conspiracy theorist?

129 Percent Uptick is No Conspiracy Theory
Cassidy, Liz, Ghis and More
Putin To Bring Down The Deep State?
Leftists Have Nothing Left
Silent Majority Silent No More
We Need Some Kash
Durham, Drop Boxes, and Disinformation
Co(bra)V(enom)ID-19
The Woke Hates Children
Losers?
What Are They Hiding in Ukraine?
WWIII Putin VS The Swamp
Search Results placeholder 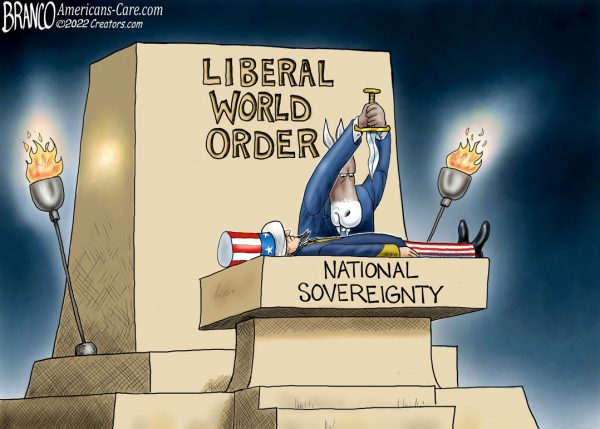 Are Americans Proud of Their Country? | Talking With People
YouTube Video VVVJdmVGdlctQVJwX0JfUmNraHdlTkp3LkpSbVVzWVBTdEM0

Our Southern border is BLEEDING. If you know what’s really going on, Be BRAVE.
YouTube Video VVVMOVBsWWtSRDNRLVJaY2E2Q0NuUEt3LjJOZE1jS3ladmJV 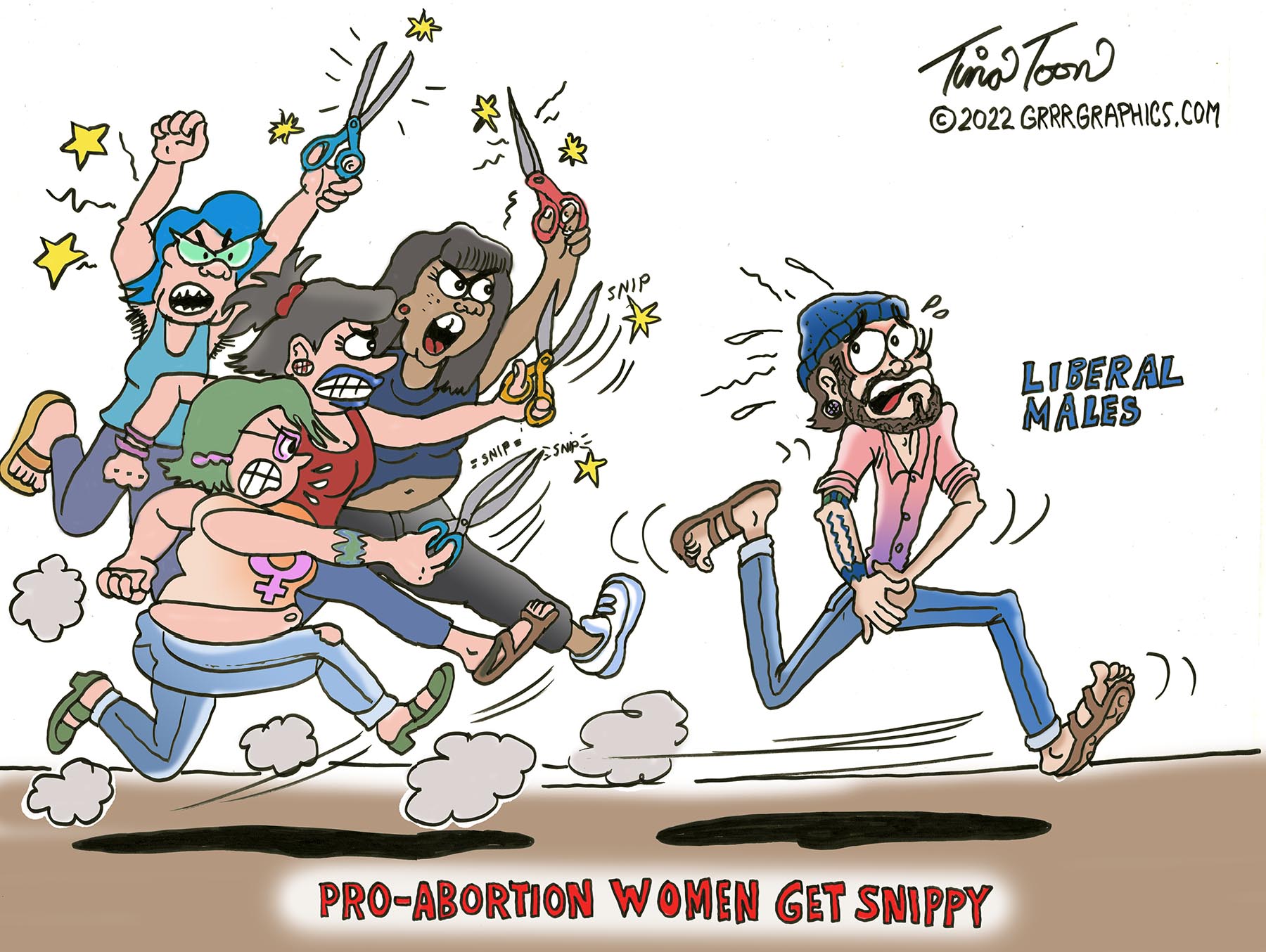 “Snip, snip here, snip, snip there and a couple of tra-la-las…” The “ladies” are angry.  Radical left “people with a uterus” are upset that they can’t get their abortions on… [...]