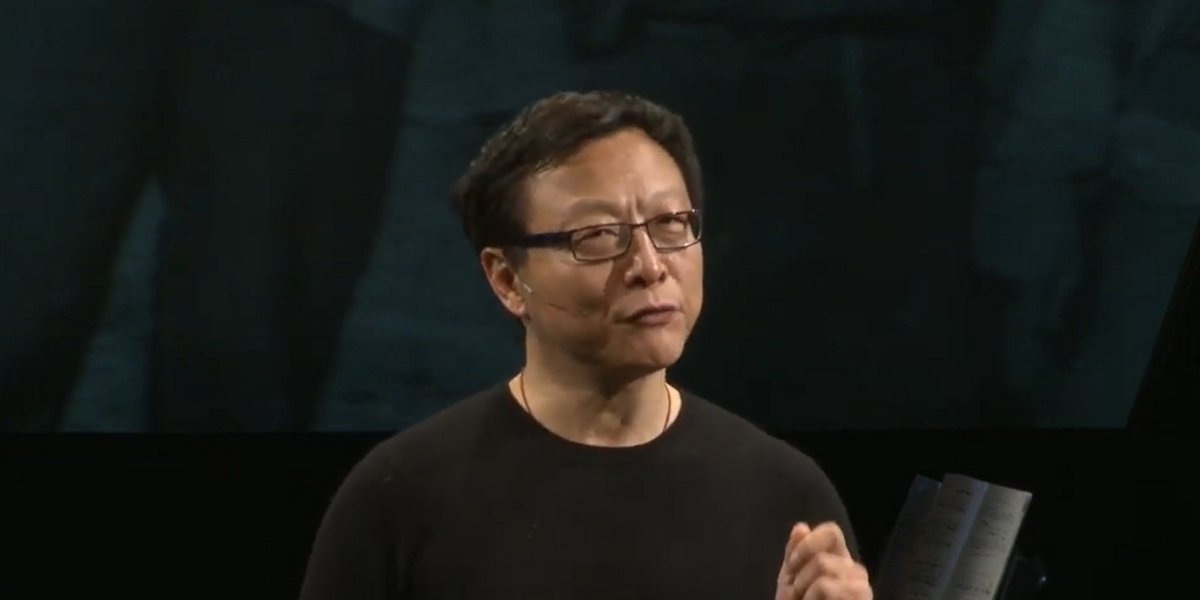 Students and staff at the University of Michigan successfully forced a world-renowned music composer who survived China’s Cultural Revolution to step down.

Bright Sheng – the Leonard Bernstein Distinguished University Professor of Composition at Michigan – is accused of committing a “racist act” by showing scenes from the 1965 film “Othello,” which features actor Sir Laurence Olivier in blackface.

During his music composition class on Sept. 10, Sheng showed his students scenes from the 1965 movie “Othello,” based on Williams Shakespeare’s tragedy of the same name written in the early 17th century. In the 1965 movie, Olivier wears blackface to play the role of Othello – a Moorish general and tragic hero of the story. Sheng said the purpose of screening “Othello” to his students was to demonstrate how the opera composer Giuseppe Verdi had adapted Shakespeare’s play into an opera.

However, many of Sheng’s students were strictly consumed with the blackface in the movie.

“I was stunned,” Music, Theatre & Dance freshman Olivia Cook told The Michigan Daily student newspaper. “In such a school that preaches diversity and making sure that they understand the history of POC (people of color) in America, I was shocked that (Sheng) would show something like this in something that’s supposed to be a safe space.”

Cook told the paper, “Students were given no warning or contextualization prior to the viewing.”

On the same day as the controversial class, Sheng made an apology admitting that the film “was racially insensitive and outdated.” The professor also canceled the planned “Othello” project for students.

Evan Chambers, a fellow professor of composition, sided with the students.

“To show the film now, especially without substantial framing, content advisory and a focus on its inherent racism is in itself a racist act, regardless of the professor’s intentions,” Chambers said. “We need to acknowledge that as a community.”

“Professor Sheng’s actions do not align with our School’s commitment to anti-racist action, diversity, equity and inclusion,” Gier stated.

On Sept. 16, Sheng issued a formal apology to the department and said he was conducting more research into the issue of blackface.

“In a classroom, I am a teacher representing the university and I should have thought of this more diligently and fundamentally; I apologize that this action was offensive and has made you angry,” Sheng wrote. “It also has made me lost (sic) your trust.”

Sheng also included the multiple occasions that he has cast people of color and females into major roles in his productions in the past. However, that only fueled the cancel culture mob even more. An open letter — signed by 18 undergraduate composition students, 15 graduate composition students, and nine SMTD staff and faculty members — was sent to the dean and demanded that Sheng be removed from the class because he failed to “create a safe environment.”

“Professor Sheng responded to these events by crafting an inflammatory ‘apology’ letter to the department’s students in which he chose to defend himself by listing all of the BIPOC individuals who he has helped or befriended throughout his career,” the letter reads. “The letter implies that it is thanks to him that many of them have achieved success in their careers.”

The class was then suspended.

Sammy Sussman, a senior composition major in the University of Michigan’s School of Music, Theatre & Dance, posted a blog post on Medium about the “hurt” he and his classmates experienced from seeing the movie.

“My classmates and I were shown a blackface video in class without warning or discussion,” Sussman wrote. “In the weeks since this incident, our class meetings for this course have been canceled. We’ve received numerous emails from administrators and department faculty reaffirming our school’s commitment to anti-racism and diversity, equity and inclusion.

“Nevertheless, I’m saddened by the numbness I feel when I consider professor Sheng’s decision and my school’s response,” the student continued. “I know I should be more outraged that we were shown this video. I should be angry that Prof. Sheng’s ‘apology’ for this incident involved a list of the Black students and faculty he’s worked with over the years. And I should be horrified at my university’s failure to quickly and effectively address this incident.”

Sussman went on to claim that classical music is a “homogenous industry,” where “acts of racism and sexism are easily dismissed” and “allegations of sexual abuse are silenced unless they bleed into the public sphere.” He then called for Sheng’s firing, “And when it comes to incidents like this blackface video that don’t warrant termination, tenure prevents administrators from issuing meaningful consequences that will deter similar behavior in the future.”

Sheng stepped down because he and the dean felt it was the correct thing to do. He said he was “very sorry” and did not think Laurence Olivier’s performance was “intended to be the same as the minstrel performances which did degrade African Americans.”

“I thought (that) in most cases, the casting principle was based on the music quality of the singers,” Sheng told The Michigan Daily. “Of course, time (sic) has changed, and I made a mistake in showing this film. It was insensitive of me, and I am very sorry.”

“In my formal apology letter to the whole composition department … I simply try to say that I do not discriminate,” Sheng said of his second apology. “In retrospect, perhaps I should have apologized for my mistake only.”

The list of his astounding achievements include: two-time Pulitzer Prize finalist, composed music for the opening ceremony for the Beijing 2008 Olympic Games, selected by former President Bill Clinton to compose new works honoring visiting Chinese Premier Zhu Rongji in 1999, collaborated with Leonard Bernstein and Yo-Yo Ma, received the MacArthur Foundation Fellowship and the American Award in Music from the American Academy of Arts and Letters, and an ASCAP Achievement Award.

Sheng was chosen to deliver a TED Talk in 2014, where he focused on telling the story of growing up in China during Mao Zedong’s Cultural Revolution. He began playing the piano at age four, but a few years later, Chairman Mao’s Red Guards took away his family’s piano. Sheng’s family moved to the United States in 1982. He then earned a master’s degree from Queens College, CUNY, and a doctorate from Columbia University.