Those are the words of the daughter of a Michigan couple who died holding hands, minutes apart, after the two were both infected with COVID despite being fully vaccinated. 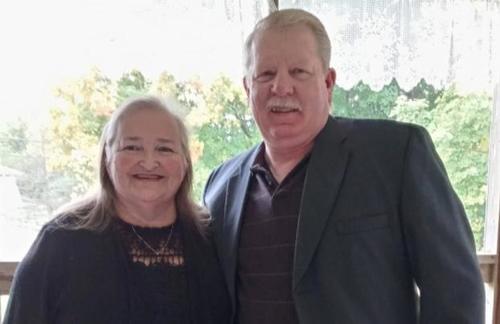 Grand Rapids residents Cal Dunham, 59, and his wife Linda, 66, died Monday after a brief struggle with COVID. The two had pre-existing health conditions, but had both been fully vaccinated. They started to feel ill during a family camping trip, which was cut short as the couple’s illness progressed, according to a local TV station.

“[My dad] called me before our family camping trip and said he wasn’t feeling good but he thinks it’s just like sinus, and [Linda] caught it and she’s like, ‘He gave me his cold,'” their daughter Sarah Dunham told a local Fox affiliate station.

“The third day they woke me up and said, ‘We’ve got to go because we don’t feel well.’ So I packed them all up and they left,” she said.

Their condition deteriorated within days, and they ended up on ventilators. They died on Monday after being taken off life support, allowing them to hold hands as they passed on in tandem.

“She always joked and said, ‘Well, you’re going to go before I am, I’ll be right there behind you, I promise.’ And she really was, like she really was right there behind him,” Sarah told Fox 17. “The love that they found together after a previous marriage is fantastic,” she said. “They were the people that you just looked at and you were like, ‘I want to be old like that, I want that love when I’m that age.'”

Officially, the CDC maintains that vaccines are virtually 100% effective at preventing deaths, though as time goes on, the number of examples of vaccinated Americans succumbing to the virus – whether its delta or another strain – has grown.