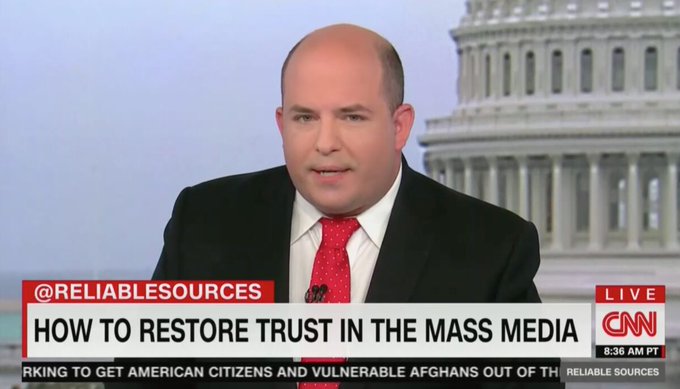 Media-ite reported on a petty fight between WaPo and CNN over Russiagate, a conspiracy between Obama and the media to lie about Trump in order to spy on Trump.

Neither outlet has apologized for lying to the American public for 4 years.

They are hanging on to their Pulitzer Prizes like a junkie hanging onto a needle.

But a few newspapers made a few stealth edits online long after the stories libeled President Trump by the pack of journalists. WaPo staffers pretend that makes them holier than CNN.

Abdication? From what? Being king of the liars.

Media-ite cited a column by Wemple.

He wrote, “A federal indictment unsealed on Nov. 4 against Igor Danchenko, the main collector for the Steele dossier on alleged Trump-Russia coordination, brought that already-discredited document back into the public conversation. Key claims in the indictment, furthermore, snowballed into a big media story, raising specific concerns about reports in the Wall Street Journal, The Washington Post and ABC News — as well as more general concerns about how outlets such as MSNBC, CNN, McClatchy and Mother Jones handled the story.

“Yet ‘Reliable Sources,’ Brian Stelter’s Sunday media program on CNN, hasn’t found air time for the Steele dossier. There have been no mentions of the document over the past three editions of the program, though there has been chatter about how Fox mogul Rupert Murdoch may approach the 2024 election and Stephen K. Bannon’s podcast.

“We asked Stelter to explain the dossier’s omission. ‘No on the record comment,’ replied the stickler for public transparency via DM.”

This is fussiness by two self-appointed media critics who in reality serve as PR for their outlets. Stelter’s job is to mock Fox on a weekly basis and Wemple’s job is to fuss about the failings of everyone but himself.

Where’s his column demanding the Washington Post apologize and return its Pulitzer?

After all, if WaPo could force Janet Cooke to turn in her Pulitzer and find another line of work, why can’t WaPo do the same to this generation of liars?

The fact is the media no longer cares about its credibility or the public’s trust or the truth. If the media did, the promoters of and collaborators in Obama’s Russiagate Lie would be drummed out of the business like the New York Times canned Jayson Blair.

Jeff Bezos, owner of WaPo, and Carlos Slim, benefactor of NYT, do not care about the truth. They love the power of the press to shape the public discourse. Their newspapers trade in disinformation and misinformation all aimed at disabling America, and turning it into a banana republic because that is much easier to control than a constitutional republic is.

People in the DC bubble knew WaPo and NYT were lying all along. No one cares. The public no longer matters, only those inside the Deep State do.

Stelter may believe that the media must win back the public’s trust because he seems a tad slow on the uptake.

But the truth is the media does not care if it is believed. Lies sell. Lies are power. Lies are easier to report than the truth is.