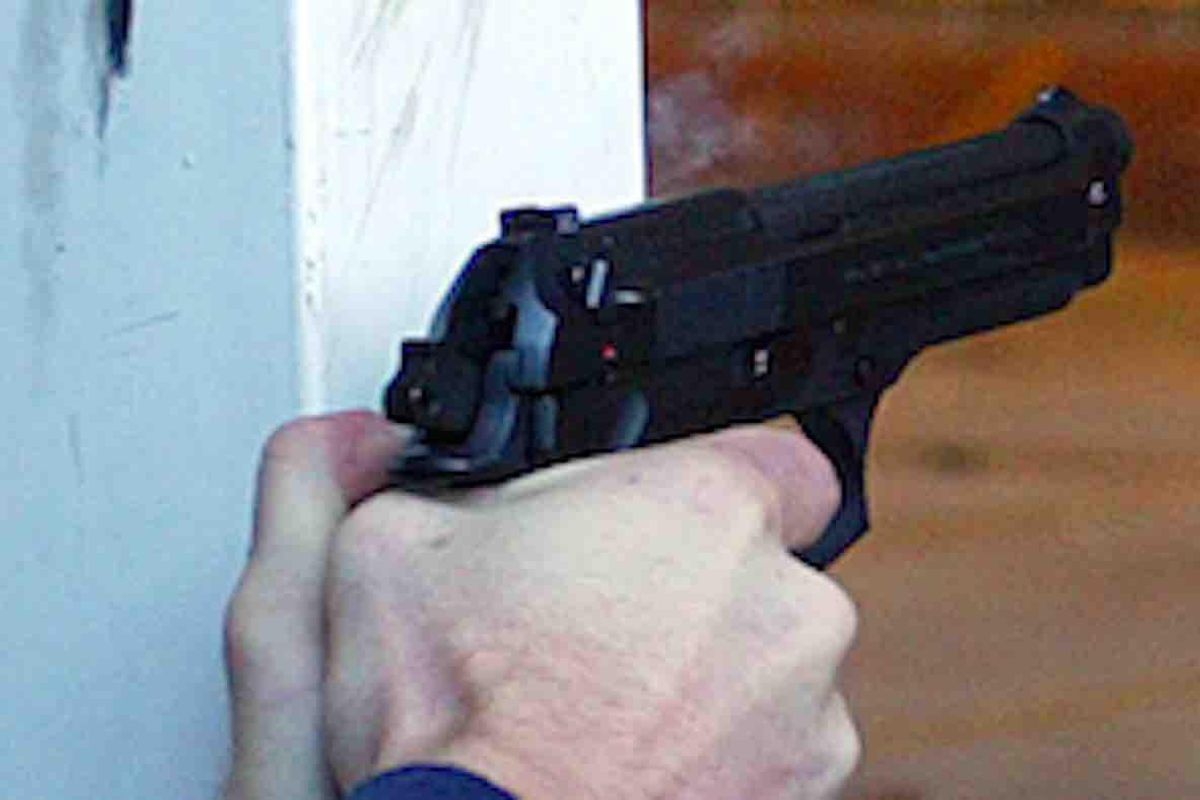 Authorities said an intruder repeatedly banged on exterior doors and windows around a home in the community of California, Maryland, after 11 p.m. Friday before forcing his way inside through the front door, TheBay.net reported.

As the intruder entered the residence — which was occupied by three people — the homeowner confronted him, after which a struggle ensued, the outlet said.

But the homeowner had a distinct advantage over the intruder.

The homeowner, you see, exercised his Second Amendment rights and was armed with a handgun — and wasted no time using it, either. During the struggle, the homeowner fired the gun at the intruder and struck him in the upper body, TheBay.net reported.

Preliminary reports indicated that intruder was shot in the left side of his chest and in his arm, the outlet added.

Soon deputies from the St. Mary’s County Sheriff’s Office arrived at the scene in the 23200 block of Woodland Acres Road for the reported burglary and person shot, TheBay.net said.

Troopers from the Maryland State Police also responded to the scene and found the suspect inside the residence and confirmed he sustained multiple gunshot wounds, Southern Maryland News Net reported, adding that the homeowner reportedly used a .40 caliber handgun.

News Net added that one occupant of the home reportedly gave medical aid to the suspect while officers applied a tourniquet prior to the arrival of fire and rescue personnel.

It was determined that Dickens was in critical condition and needed immediate transportation to a trauma center — but TheBay.net reported that dangerous weather conditions grounded all helicopter transports.

TheBay.net said the investigation is ongoing and will be reviewed by the state’s attorney for St. Mary’s County.