China, South Korea, and the Philippines have suspended imports of Canadian beef following a case of mad cow disease, according to Bloomberg.

The Canadian Cattlemen’s Association reported Tuesday that China and the other Asian countries decided to halt beef imports after one “atypical” bovine spongiform encephalopathy (BSE) case was discovered in an Alberta farm last month. BSE, also known as mad cow disease, is a deadly neurodegenerative disease of cattle that spreads to humans through diseased meat (though atypical BSE poses no health risk to humans). 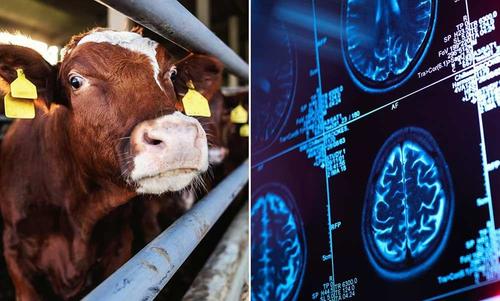 Canadian Food Inspection Agency said the cow was euthanized on the spot, and there appears to be no evidence as of yet that atypical BSE has spread.

“We’re hopeful that these will be very short in duration, but it’s a foreign regulator that you’re dealing with, in different time zones and different languages,” Laycraft said.

The detection of atypical BSE is the first time in six years. In the US, BSE was detected as recently as 2018.

In September, several US trade groups warned about BSE cases in Brazil. For three months, China and the Philippines suspended beef imports from the South American country.

The Canadian beef industry could be in for a world of hurt as some of its top exporting markets impose trading bans. A supply glut may build, and beef prices may sink on the prospects there’s no timeline on when Asian markets will reopen.