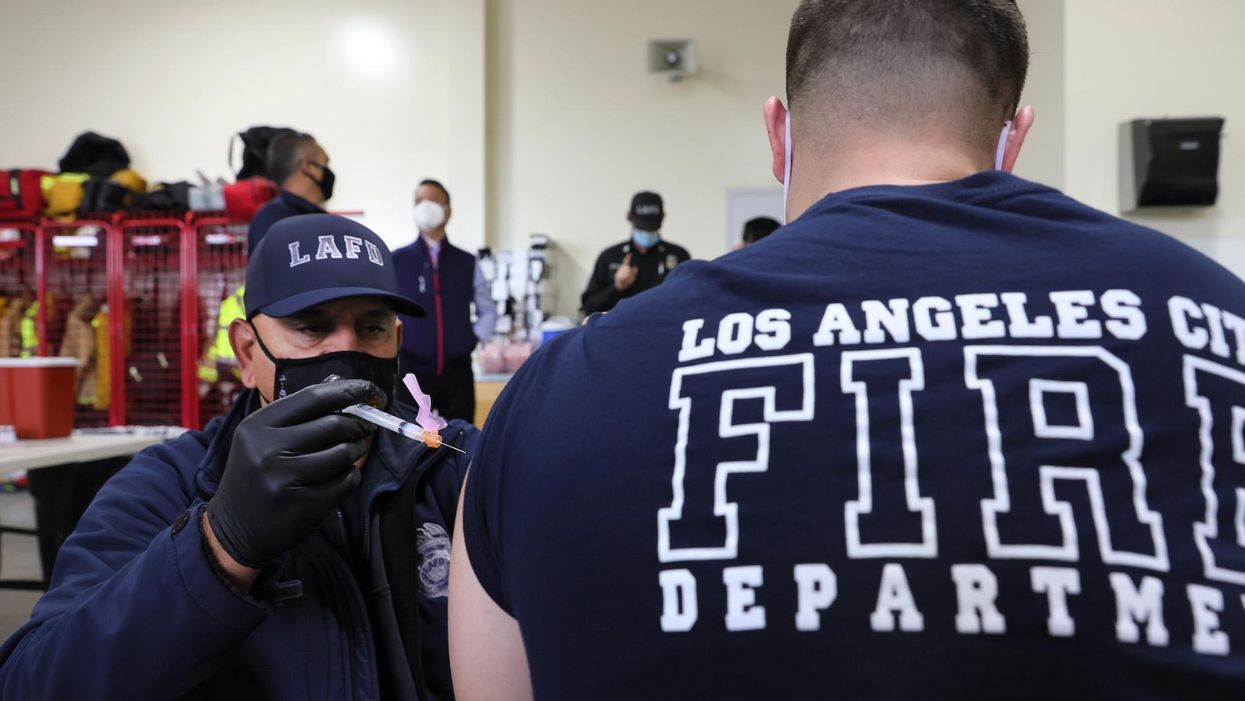 A Los Angeles firefighter allegedly pulled down his pants at a fire station and wiped his butt with a vaccine mandate order, and many are calling for him to be dismissed.

The incident was reported in the Los Angeles Times.

A spokesperson for the Los Angeles Fire Department said they were investigating what they said was an inappropriate response from the firefighter.

“The department is aware of the seriousness of the allegations and took immediate action upon learning of this incident,” said LAFD spokesperson Cheryl Getuiza, who confirmed the alleged incident occurred on Nov. 18.

She said that the firefighter is on paid administrative leave, and added that the person “will face the consequences of any inappropriate acts.”

A statement from the Stentorians of Los Angeles City, a group representing African American firefighters, decried the incident.

“The LA City Stentorians are sickened and disgusted by this horrific display of unprofessionalism,” said a statement from the group. “To date, we have not heard from anyone from the LAFD administration condemning this act of blatant disrespect and harassment.”

The group included a photograph of the firefighter with the allegedly soiled document. They said that the firefighter left fecal matter on the paper and dropped it on the ground.

“No matter how our members react, all city employees must abide by the city ordinance — either file for an exemption, get vaccinated, or face termination,” said Getuiza.

In early October, a group of Beverly Hills firefighters protested against the coronavirus vaccine mandate that was handed down by the Los Angeles County. Another group of firefighters have filed a lawsuit claiming the mandate violates their constitutional rights.

Here’s more about the startling incident: