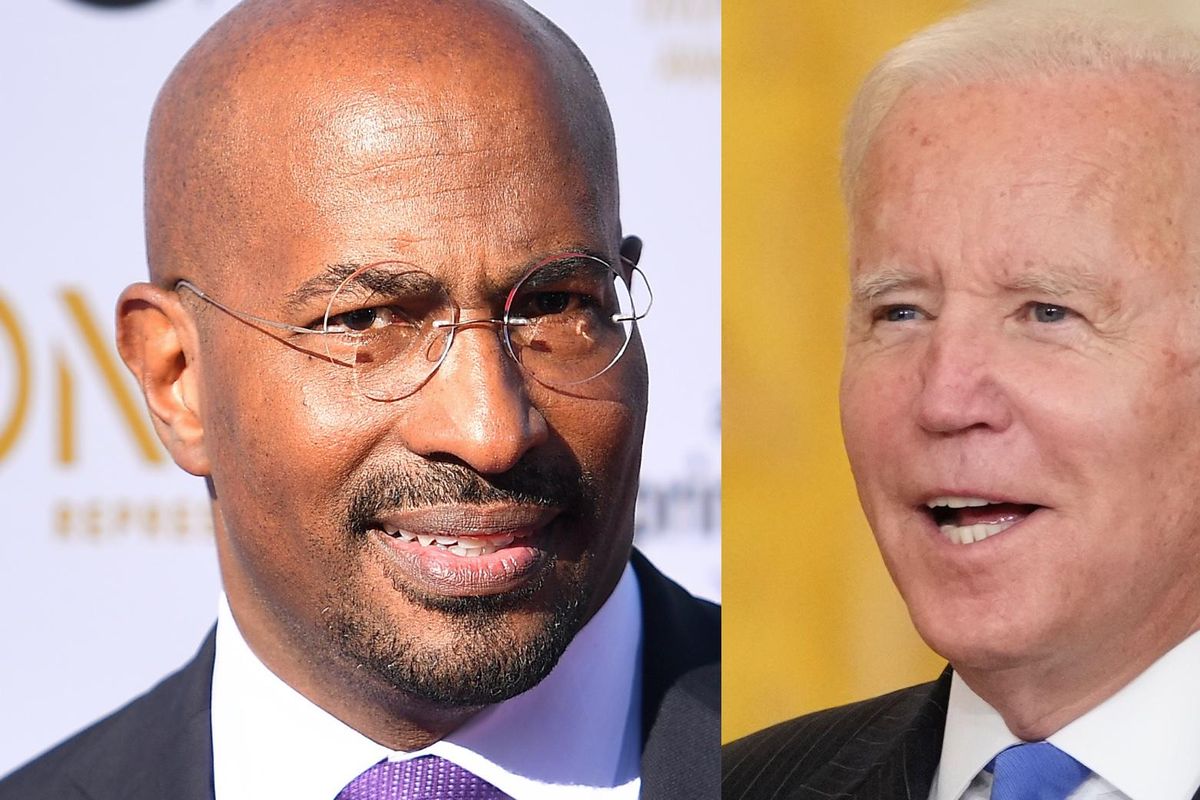 CNN guest commentator Van Jones said President Joe Biden had failed to deliver on his campaign promises and cited the many problems plaguing his administration. Many on the left lashed out at him on social media for his comments.

“There as a moment where it was like, ‘goodbye Trump, hello vaccines, we’re so glad to see you Joe Biden!’ That’s kind of how this year started,” he continued. “And then he actually got stuff done. Don’t forget you got 200 million Americans vaccinated right now.”

Van Jones lauded Biden for funneling a trillion dollars of government spending into the economy and also for going after the Trump supporters who rioted at the U.S. Capitol on Jan. 6.

“The problem is that he put himself in a position where he made big, bold claims about the rest of the agenda. You think this great stuff that we did is good, it’s nothing! Wait until this summer when you’re gonna get all this other stuff!” he continued.

“And then he steps on a rake, he slips on a banana peel, then he falls down the stairs with some marbles, and now people are looking at him in a negative light,” Jones added.

He went on to say that if gas prices go down and if the coronavirus cases go down that Biden’s poll numbers might improve.

“Right now the Democratic Party is looking over the edge of a cliff,” Jones said, “and there is a lot of fear and concern, and you’re not seeing that strong Joe Biden that I think people were expecting to get stuff done, to get the next round of stuff done.”

He also said that Biden’s successes were being stalled by in-fighting in the Democratic Party over two proposed massive budgeting bills.

Many viewers were outraged that Jones would criticize Biden on CNN.

“Van Jones is the fakest person on this planet. I truly can’t stand him,” said artist Tony Posnanski.

Van Jones is the fakest person on this planet. I truly can’t stand him.

“I’m done with CNN. Van Jones will say anything to get airtime. Biden is doing everything he can to save America,” said another detractor.

“@VanJones68 what is it that you want to see? Trump another 4 years? Stop BASHING @POTUS ! We elected him, support him and use your platform to help keep our country as a democracy,” read another tweet.

Some accused CNN of making a right-wing turn.

“I never liked Van Jones, I didn’t trust him. Guess my instincts were right. CNN is leaning right these days & I almost never tune in to watch them anymore. Our country is changing & the media is playing a dangerous game in shaping the downfall of our democracy,” tweeted Laurie Kafka, who identified herself as a “resister.”

“Van Jones is on the wrong network. FOX is more him.? He and fTucker would get along well. But CNN has been on the down slide for awhile,” suggested another critic.

Biden’s approval ratings have plummeted to the lowest level since he took up residence at the White House. A new Quinnipiac poll found that only 38% of Americans give him a positive job approval.