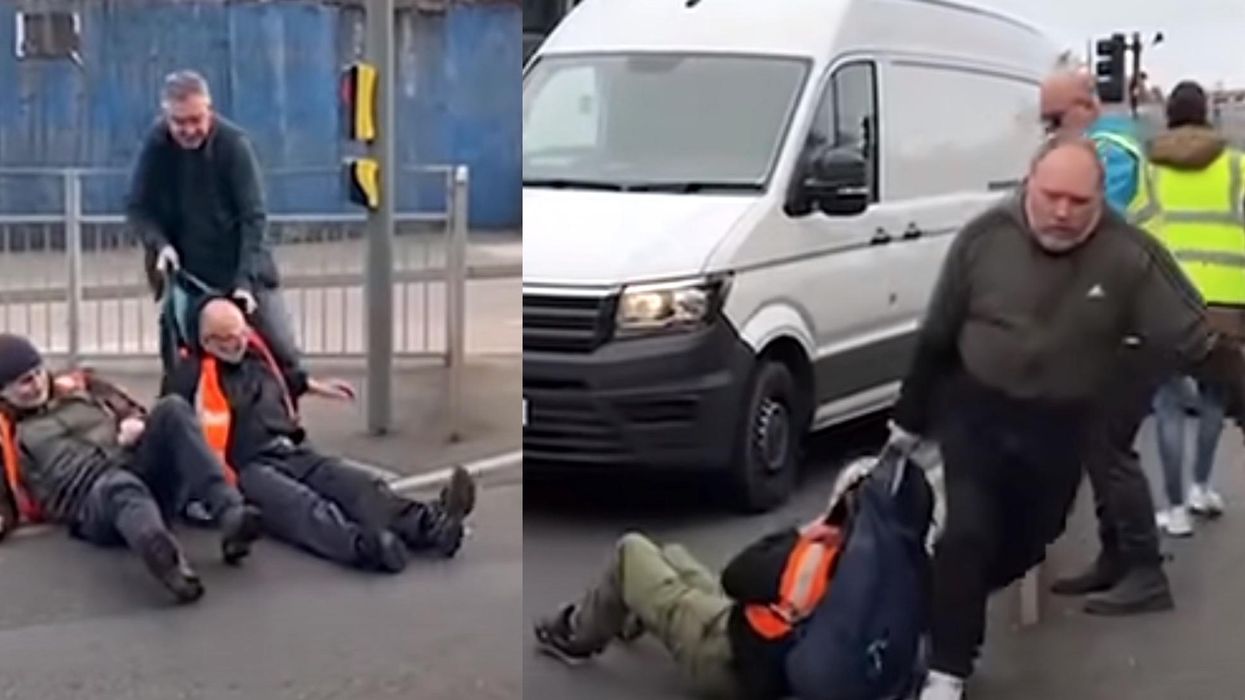 Global-warming activists infuriated Britons with their disruptive protest and were dragged away by angry drivers trying to get on with their lives.

Around 40 members of “Insulate Britain” sat down Wednesday morning at a street junction near Dartford Crossing in London with signs to protest for the insulation of Britain’s social housing.

Drivers told reporters that the protest was disrupting fuel deliveries.

Various videos showed the furious drivers dragging the protesters out of the roadway, ripping their signs away and trashing them.

“Why aren’t you at work? Why are you just sitting there, please just move. You self-satisfied p***!” yelled one man at the protesters while dragging them away.

One driver told LBC News that he had lost his opportunity at a job interview because of the protesters.

“None of them work, they’re all retired!” he exclaimed.

LBC also spoke to a mother who was furious because she was trying to get her 11-year-old son to school. A man angrily referred to the protesters as a “bunch of f***ing arseholes.”

LBC reported that police arrived about an hour and a half after the protest began and arrested many of them. Essex Police arrested 35 people at two separate protests.

The Evening Standard reported that it was the 13th time in a month that Insulate Britain had created a disturbance for the sake of their cause. The group is calling for all of the country’s social housing to be insulated by 2025 for environmental and fuel poverty reasons, according to LBC.

“I have a lot of issues with Insulate Britain’s tactics. But driving an SUV with one passenger for the school run is exactly the kind of s*** people should stop doing as a bare minimum if they care at all about preserving a habitable planet!” tweeted Muslim writer Ash Sarkar.

U.K. Prime Minister Boris Johnson has referred to the protest organization as a “irresponsible crusties.”

Here’s another video of the altercation: