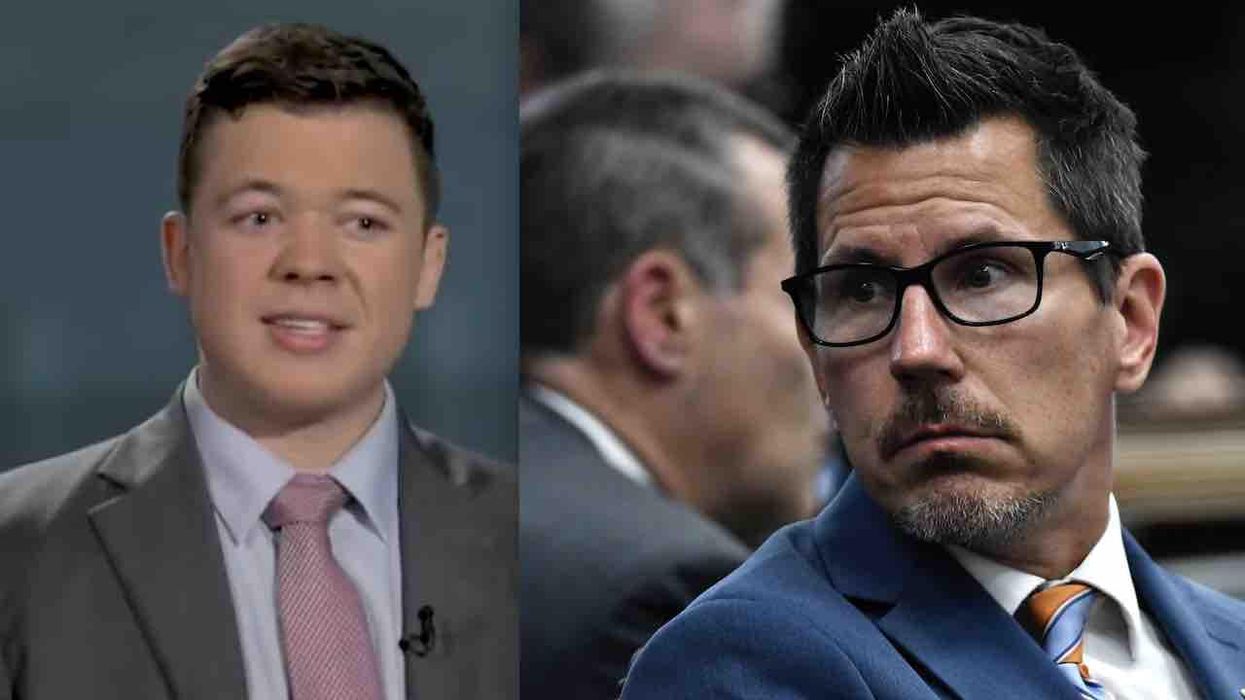 Kyle Rittenhouse — just days after a jury agreed that he acted in self defense when he fatally shot two attackers and wounded a third amid rioting last year in Kenosha, Wisconsin — told Fox News’ Tucker Carlson that Thomas Binger, the lead prosector in his trial, is “corrupt,” told lies in court, and wanted nothing more than to have Rittenhouse’s figurative head as a trophy.

In one segment of Carlson’s wide-ranging interview with the 18-year-old, the host asked Rittenhouse what he thought of the prosecuting attorneys.

Rittenhouse tore into his courtroom adversaries, telling Carlson that “prosecutorial misconduct” reached “ridiculous” levels with each passing day — a sentiment that Bruce Schroeder, the judge presiding over the case, seemed to share at certain points.

“They knew I was innocent, but they still decided to bring these charges to make their name — to have a name,” Rittenhouse said. “They wanted my head on their shelf.”

And then Carlson asked Rittenhouse specifically about Binger, the assistant district attorney in Kenosha County who was the lead counsel against him.

With that, Rittenhouse left no doubt about his sentiments, saying Binger is a “corrupt person who just wants to make a name for himself and not look at the facts.”

“I used to be a fan of the prosecutors — not any more,” Rittenhouse continued. “I believe there are still good prosecuting attorneys out there. But [Binger is] supposed to speak the truth and nothing but the truth, but he decided he wanted to lie and try to put me in prison for the rest of my life for defending myself.”

He added that it all was “sickening” to him.

“This is a case that has nothing to do with politics — but politics were brought into it for people’s own agenda,” Rittenhouse added to Carlson.

Kyle Rittenhouse tells Tucker why he lost faith in the justice system youtu.be

It’s hard to argue with Rittenhouse’s disgust regarding the prosecution’s behavior: