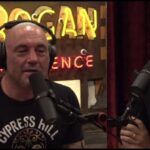 Joe Rogan proves a truism that many people have forgotten.  Modern leftists and communist ideologues spend so much time inside their own tribal echo-chamber, they do not know what to do when confronted by intellectual arguments and truth. This is why media are so careful about who they will permit to appear on their broadcasts […]