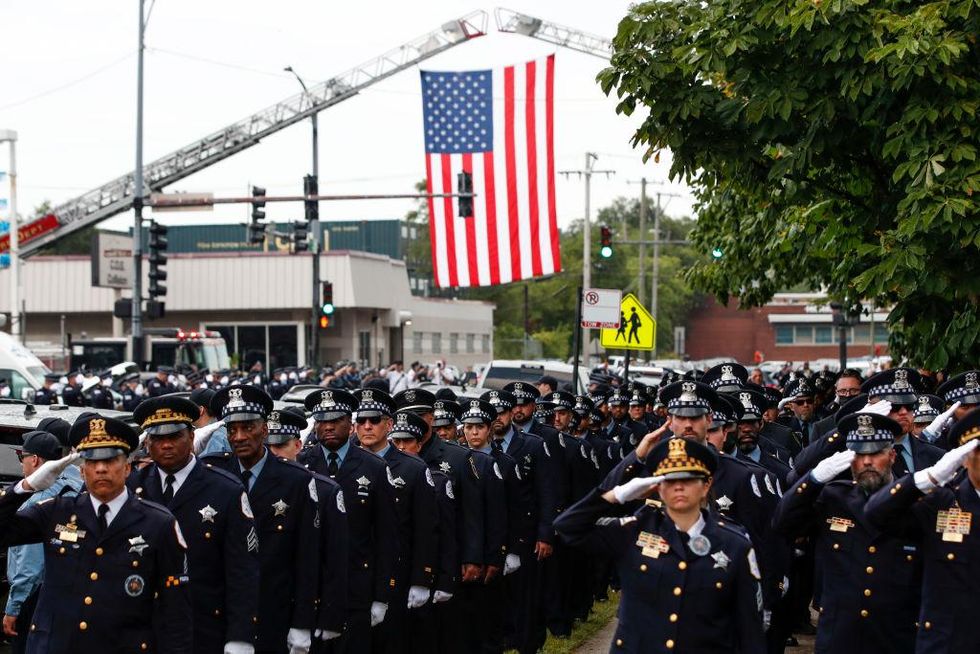 Intentional killings of police officers spiked by an alarming 59% in 2021 compared to the previous year, according to newly released FBI data.

The FBI defines “feloniously killed” as: “Incident type in which an officer, while engaged in or on account of the performance of their official duties, was fatally injured as a direct result of a willful and intentional act by an offender.”

There were at least eight police officers who were murdered in premeditated, ambush-style attacks last year, according to the FBI. There were 25 cops killed in “unprovoked” attacks through December 27 of last year, CNN reported.

Through the end of November 2021, there were reportedly 55 police officers who were killed by gunfire from criminals – up from 39 in the same time frame in 2020 and 2019.

In addition, the number of accidental on-duty police deaths increased last year – with 56 officers being accidentally killed on the job, up from 46 in 2020.

The National Fraternal Order of Police – the oldest and largest police union in the United States – reported that 2021 was the deadliest year for American law enforcement officers in history.

The National Fraternal Order of Police noted that there were 346 officers shot in the line of duty in 2021 – 63 of whom were killed by gunfire. The organization said there were 103 ambush-style attacks on law enforcement officers in 2021 – a 115% increase from the year before.

Last year, the most dangerous states for police officers were Texas with 43 officers shot, Illinois with 29, and California with 23 cops shot.

Over two-thirds of the most populated cities in the U.S. experienced more homicides in 2021 than in 2020, according to CNN.

“When homicides go up, more shootings go up, and it contributes to an overall increase in violence and police officers find themselves in the middle of that environment,” Chuck Wexler – the executive director of the Police Executive Research Forum – told CNN.

Maria Haberfeld – chair of the Department of Law, Police Sciences, and Criminal Justice Administration at John Jay College – explained to the outlet, “There is an overall climate now that is very anti-police, which adds a different angle to what used to happen periodically to police in the past years. The anti-police climate would surge after a high-profile case, and usually after a month or so it would subside. But right now, we’re talking about over a year of high-profile, anti-police coverage.”