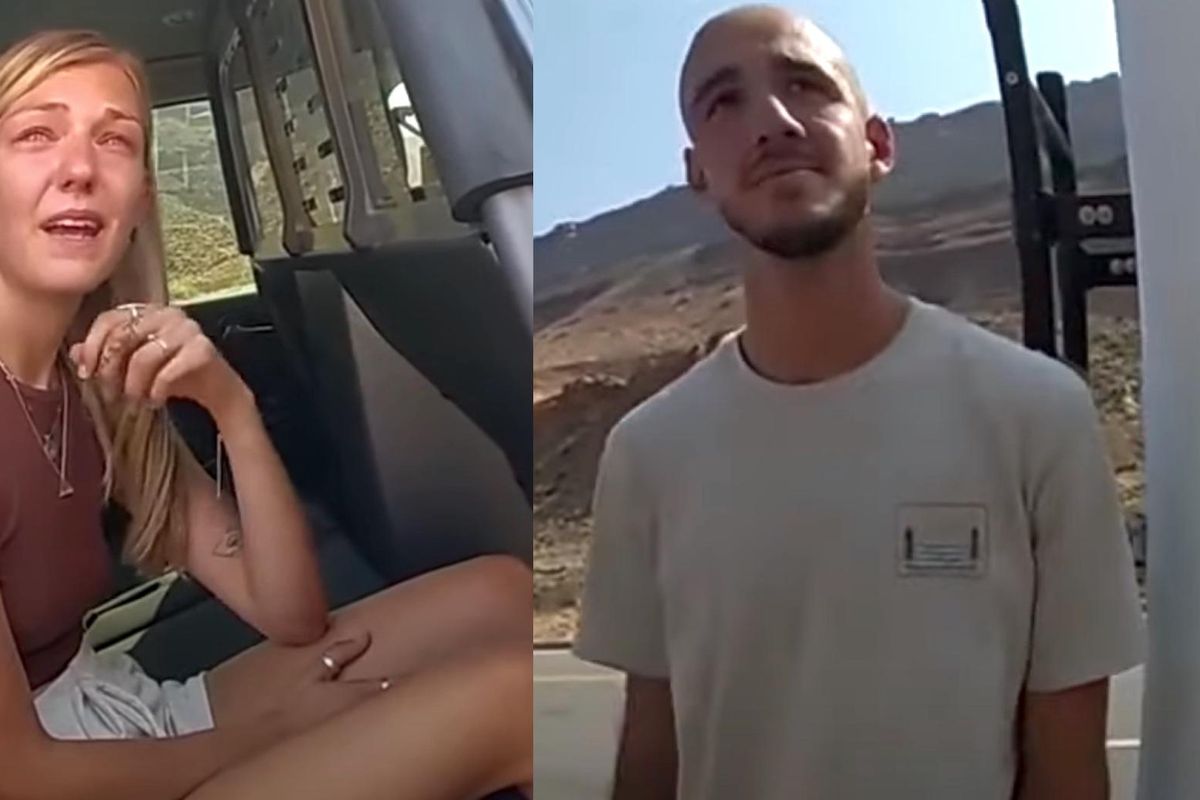 The official review of the actions of two Utah police officers found that they made “unintentional mistakes” when they stopped short of arresting Gabby Petito for domestic violence, and recommended they be suspended.

Petito was a social media travel blogger who went missing during a trip with her fiancee Brian Laundie. Her remains were later found and a medical examiner said that she died from manual strangulation. Investigators later found Laundrie’s remains and concluded that he had committed suicide.

Some on social media criticized two officers from Moab, Utah who pulled Petito and Laundrie over during their trip in response a call of domestic violence, saying they could have prevented her death. In response to the criticism, an independent investigator said that the officers should be suspended.

Capt. Brandon Ratcliffe with the Price City Police Department said that the two officers should have arrested Petito for domestic violence, since the only visible signs of assault were scratches made on Laundrie’s face

“I believe the officers responded to a domestic violence call and had probable cause an act of domestic violence had been committed,” said Ratcliffe. “This should have meant an arrest was made, either by citation or custody.”

He went on to say that he could not speculate whether Petito’s life could have been saved if she had been arrested.

“Would Gabby be alive today if this case was handled differently? That is an impossible question to answer despite it being the answer many people want to know,” read the independent report. “Nobody knows and nobody will ever know the answer to that question.”

Jenn Oxborrow, a clinical social worker who works with domestic violence victims, defended the police officers from those who blamed them for Petito’s death.

“We can see from this report that it’s very difficult sometimes for law enforcement to discern exactly what is going on,” said Oxborrow.

“It doesn’t do us any good, it doesn’t help us be safer to blame the police, or blame the victim, no one is responsible for Gabby’s murder except for the person who killed her,” she added.

“These guys have been picked apart nationally and vilified, and every armchair quarterback has indicated what should or should not have been done,” Winder told KUTV-TV. “Very few people have recognized the humanity that was involved in their response in this particular date and time.”

Here’s a local news report about the review’s findings: