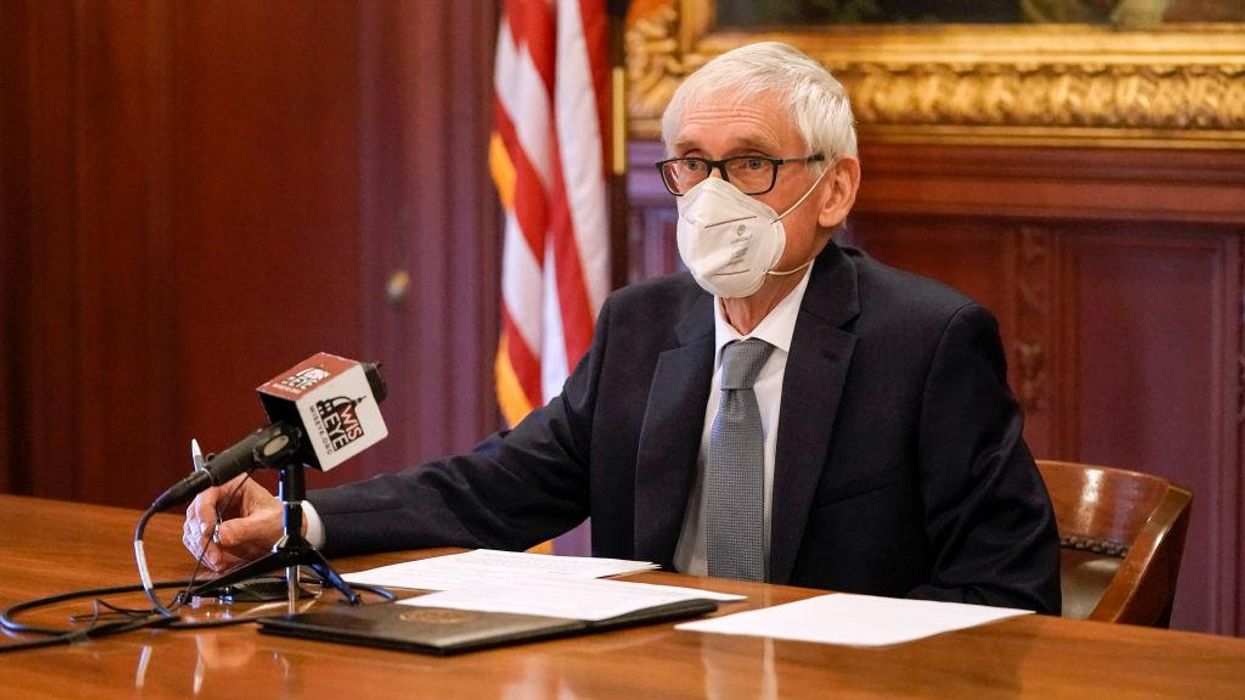 Here’s an infrastructure bill idea: How about we build prisons and jails — lots of them?

It’s great to finally see the political commentariat catching up to our criminal justice observations over the past decade, as everyone observes with horror how Darrell Brooks, the suspect in the Waukesha parade massacre, was released from jail multiple times despite a 20-year violent criminal career. Just two days before the attack, he was released on $1,000 bond after being charged with running over a woman, despite having violated the terms of release from a July 2020 incident when he was accused of discharging a firearm that he could not lawfully possess.

But I have news for those who are just waking up and smelling the stench of our rotten criminal justice system. There are likely hundreds of thousands of people like Brooks on the streets who have committed numerous violent felonies, including gun crimes, yet the same people who cry about gun violence are the first ones to release gun felons from prison. In fact, the only people held without bail nowadays are military veterans with a clean record accused of trespassing on public property on Jan. 6.

A simple proposition that every Republican legislature should push in this upcoming session is that anyone who violates the terms of parole or supervised release should be immediately re-incarcerated and anyone who has a history of either violating bail or a mix of violent crimes or arrests for felony possession of a firearm should be denied bail at a special bail arraignment. These people, by definition, already had their second chances.

Incidentally, such legislation already passed the Wisconsin legislature, but in Feb. 2020, Wisconsin Gov. Tony Evers vetoed those bills. They included the following:

Yet Gov. Tony Evers vetoed all of these commonsense bills that exclusively target violent criminals. The dangerous “criminal justice reform” movement began with its rallying cry of freeing “low-level, first-time, nonviolent” offenders filling up our prisons. The problem is, as they well know, these people are not filling up our prisons. Thus, in order to achieve their goal of de-incarceration at all costs, they had to proceed to releasing the most violent criminals. The same people who cry about gun rights for peaceful citizens actually oppose any effort to lock up dangerous gun felons.

But here’s the paradox. Republicans are more aggressive in states with divided control, such as Wisconsin, so they passed prudent anti-crime bills. Yet in many red states where Republicans control all of government, they are behaving much like Tony Evers and are still passing bills to loosen crime laws rather than toughening them.

The five people killed in the Waukesha parade would be alive today if these bills had passed. In fact, most murder victims would be alive today if we would simply lock up the known repeat violent offenders. Letting out violent criminals simply because you don’t want to spend the money on incarceration is like making a left turn into oncoming traffic onto a busy street because you feel you’ve waited long enough. It’s simply not an option.

Those who think we don’t have an under-incarceration problem should consider the following statistics from the FBI in 2019. Just 61.4% of the 14,325 homicides, 32.9% of the 124,817 rapes, 30.5% of the 239,643 armed robberies, and 52.3% of the 726,778 aggravated assaults were “cleared” cases. That means that in 5,529 murder cases, 83,752 rape cases, 166,552 armed robbery cases, and 346,673 aggravated assault cases, there was no arrest. Hence, just in the four violent categories alone, there were over 758,000 violent crime cases that went without a resolution just in one year. Now, obviously a lot of them were committed by the same individual, but this still means there are likely tens, if not hundreds, of thousands of violent criminals who escaped justice.

Worse, a cleared case only means that the case resulted in an arrest. Only a tiny number of them wind up being convicted and are sentenced to even the guideline level of incarceration. For example, in 2019, out of 17,355 felony convictions in Minnesota, only 3,612 were fully sentenced, and almost all of them get out of prison much earlier because of numerous early release and good time credit programs.

Interestingly enough, Darrell Brooks barely served a few weeks in jail at a time for violent crimes, even in the supposed era of mass incarceration last decade.

According to BJS, among the prisoners released from state prison in 2018 – before some of the recent “reform” – they only served, on average, 44% of their sentences. Even for murder, it was only 58% of their sentences. The median length of time served for murder was less than 10 years in 30% of the prisoners and was more than 20 years in only 42%. The median time served for rape was less than 10 years in 64% of prisoners. In total, 71% of those serving time for a violent crime category served less than five years, and nearly half served less than two years.

Now, crime is skyrocketing and clearance rates are plummeting. As Milwaukee experiences record homicides, the clearance rate has dipped below 50%. The notion that we have over-incarceration could not be farther from the truth. According to the Bureau of Justice Statistics, in 2019 – before the mass coronavirus jailbreak – the combined state and federal prison imprisonment rate was the lowest it’s been since 1995.

Furthermore, the imprisonment rate has actually plummeted 29% among black residents (32% among black adults) and 24% among Hispanic residents over the past decade, resulting in the lowest black imprisonment rate since 1989. Some might laud this statistic as reason to celebrate, but what is a boon to black criminals is bloodshed for black victims. In Milwaukee, for example, black people compose less than 40% of the city’s population, but accounted for 91% of this year’s record number of homicide victims.

If Republicans in red states continue to allow the Koch special interests to dictate the crime agenda rather than prudence and public safety, they will be just as liable for the growing bloodshed as their Democrat counterparts.
Read the full post at The Blaze.