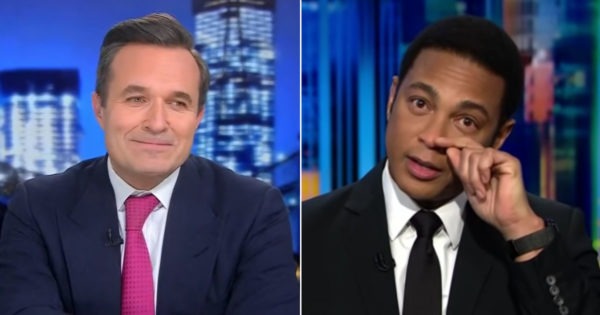 Fox News programs continue to dominate most of the ratings, with Rachel Maddow the only host not from the network to make it in the top 10 shows for October 26.

Illustrating the catastrophic ratings collapse for the left wing network, CNN’s highest rated show clocks in much lower, with Chris Cuomo’s program taking number 30. Historically, CNN has always been a competitive network, and MSNBC was considered an outlier with few viewers, but this changed in 2016.

Now, CNN has taken this mantle of least watched major cable news network. Among the lesser viewed, mediocre ranks between 30 and 50, CNN dominates the ratings board with only a few programs from MSNBC breaking up CNN’s average streak.

In the list of CNN programs that receive minuscule viewers, however, a challenger approaches: Newsmax TV’s Greg Kelly now has the 50th highest rated cable news program, with over 350,000 viewers. Kelly’s program is ahead of three different hours of CNN programing.

Greg Kelly's Newsmax show now beats 3 different CNN shows in the ratings: Don Lemon's 11pm show and both the 6am and 7am hour of CNN's "New Day."

While Newsmax TV and One America News have both been disparaged by those in the left wing dominated broadcasting industry, it appears Kelly’s program is on track to outperform other left wing cable news programs, too.

With 367,000 viewers, Kelly is only around 40,000 viewers away from unseating the entirety of CNN’s New Day. From there, it is only a short jump for Kelly unseat CNN Newsroom and then take aim for a more substantial target, MSNBC’s Craig Melvin Reports.