After weeks of warning that it was really planning to follow through with plans to make vaccines mandatory throughout German society, the German government just took one step closer to making the mandate a reality.

German Health Minister Karl Lauterbach said Friday that he would support a vaccine mandate for all German adults age 18 and up. Presumably, his feelings reflect those of Chancellor Olaf Scholz, who has never hesitated to discuss his views on mandatory vaccination (he’s in favor of it). 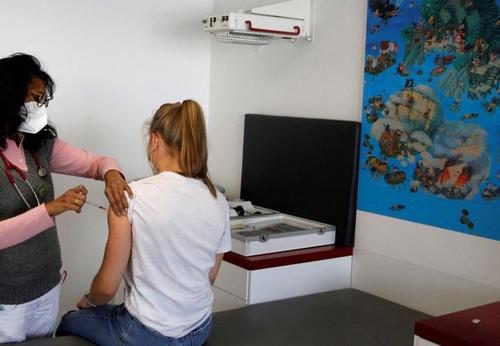 However, the government’s support doesn’t change the fact that a vocal minority of Germans are vehemently against mandatory jabs. And it’s not just Germany: in neighboring Austria, authorities are resorting to arresting elderly women for going to the grocery store without showing their digital identity card.

Australia police are arresting old women for going to the grocery store without showing their digital identity.

Is this the future you want for your children? pic.twitter.com/RGMhVeCAcV

As Germany pushes for even tighter restrictions on the unvaccinated, who have been demonized by Germany’s leadership in recent weeks, German Health Minister Karl Lauterbach said Friday that he supports imposing a vaccine mandate requiring all German adults 18 and up to have at least their first two vaccine shots.

Lauterbach also said during his press briefing Friday that the German government hopes to “stretch out” the omicron wave to prevent hospitals from being overwhelmed, but still he expects to reach “endemic stage” by the end of the year. Of course, that’s what they said last year, too (although there were different people in charge back then). He also took a minute to slam the British: “had we followed the policies pursued by the British, we would have suffered twie as many deaths from COVID here in Germany,” he said.

Keep in mind, the German government has already mandated N-95 masks, a policy that some places in the US have started to mimic.

Germany just recently became one of the first countries in Europe to approve COVID boosters for 12-to-17 year olds. The decision came as Germany reported 81K new COVID infections, a new daily record.

The booster shot decision makes Germany among the first countries in the world to make such a recommendation, following the United States, Israel and Hungary.

“The current situation, with a sharp increase in the number of cases due to the Omicron variant and the feared consequences for the health system in Germany, makes it necessary to extend the vaccination campaign,” the STIKO vaccine committee said.

According to Reuters, data on the effectiveness and safety of the booster vaccination for 12-to-17-year-olds remains limited, but “experts” believe the risk of severe side effects is very low (although research shows younger patients are more at risk for harmful inflammation of the heart and other supposedly “rare” side effects).

Germany is currently in the middle of what its government has labeled the “fifth” wave of COVID, and the first to be driven primarily by omicron, which accounts for the vast majority of all new cases.