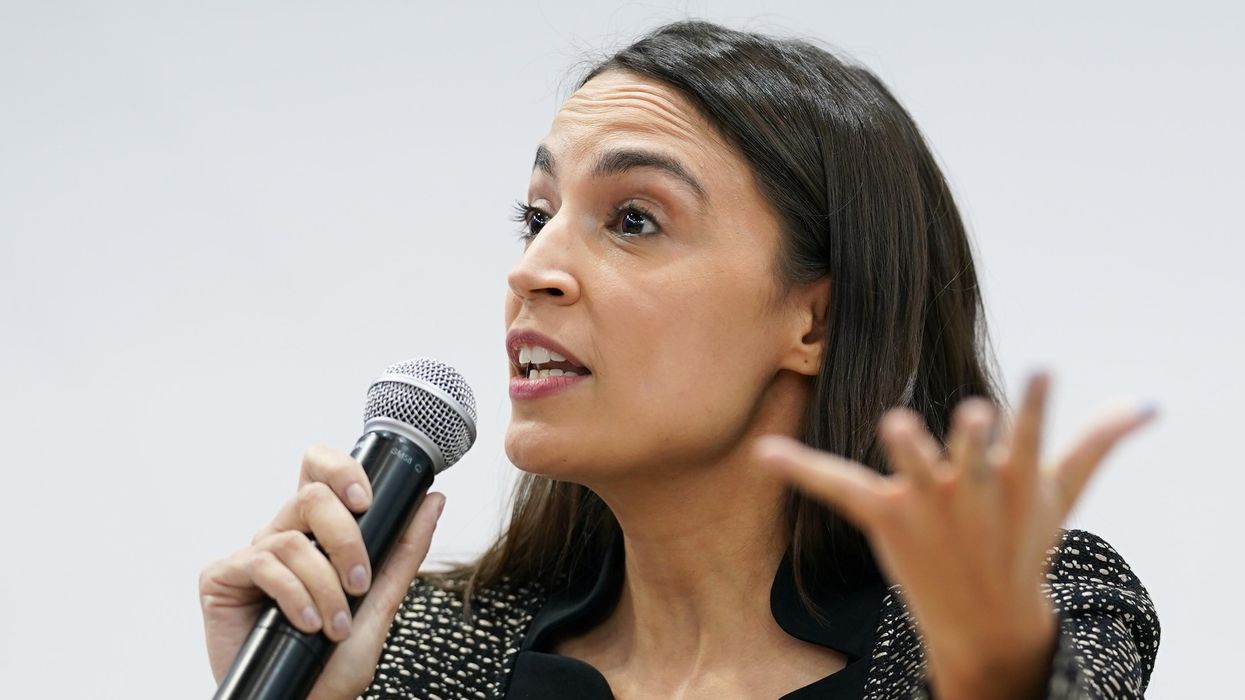 Rep. Alexandria Ocasio-Cortez (D-N.Y.) has tested positive for COVID-19 and is experiencing symptoms, a statement from her office announced on Sunday evening.

The news comes just days after the New York Democrat was seen in Miami, partying maskless at a crowded bar.

EXPOSED: AOC is STILL lounging it up in Florida, in large crowds and maskless. This time at a Drag Queen bar in Miami. \n\nRules for thee but not for me.pic.twitter.com/8l30GFA0GT

The statement announced that Ocasio-Cortez is recovering at home.

“Representative Ocasio-Cortez has received a positive test result for COVID-19. She is experiencing symptoms and recovering at home,” the statement said.
“The Congresswoman received her booster shot this fall, and encourages everyone to get their booster and follow all CDC guidance.”

“If an individual has access to a test and wants to test, the best approach is to use an antigen test towards the end of the 5-day isolation period,” the CDC recommends. “Collect the test sample only if you are fever-free for 24 hours without the use of fever-reducing medication and your other symptoms have improved.”

The announcement comes just one week after she was seen partying with her boyfriend Riley Roberts — sans mask — in Miami.

He wrote, “1. If Leftists like AOC actually thought mandates and masking worked, they wouldn’t be frolicking in free FL. 2. Her guy is showing his gross pale male feet in public (not at a pool/beach) with hideous sandals. 0 for 2.”

1. If Leftists like AOC actually thought mandates and masking worked, they wouldn\u2019t be frolicking in free FL.\n\n2. Her guy is showing his gross pale male feet in public (not at a pool/beach) with hideous sandals.\n\nO for 2\u2026pic.twitter.com/SNqBqMwr12

The 32-year-old lawmaker fired back, “If Republicans are mad they can’t date me they can just say that instead of projecting their sexual frustrations onto my boyfriend’s feet. Ya creepy weirdos[.]”

She later added, “It’s starting to get old ignoring the very obvious, strange, and deranged sexual frustrations that underpin the Republican fixation on me, women,& LGBT+ people in general. These people clearly need therapy, won’t do it, and use politics as their outlet instead. It’s really weird[.]”

It\u2019s starting to get old ignoring the very obvious, strange, and deranged sexual frustrations that underpin the Republican fixation on me, women,& LGBT+ people in general.\n\nThese people clearly need therapy, won\u2019t do it, and use politics as their outlet instead. It\u2019s really weird

The Surgeon General and his biomedical tyrant colleagues would censor Joe Rogan in a heartbeat if they could do so...

In what is becoming an egregious pattern, YouTube on Wednesday banned yet another conservative commentator from the platform: Dan Bongino. ...

Senate Majority Leader Chuck Schumer said he would move swiftly to start the confirmation process for whoever President Biden nominates...

Stocks & Bonds Puke As Powell Hints At "Sooner, Faster" QT It started off well enough: milliseconds after the Fed...