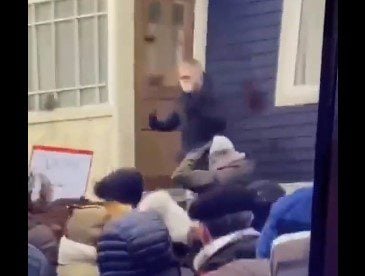 French protesters went to the home of Parliament member Stéphane Claireaux this weekend.  When he came out they hurled garbage at his face.

The protesters don’t like the fact that Stephane supported the vaccine/health passport.

It's a circus, as French Member of Parliament Stéphane Claireaux gets garbage thrown in his face after protesters confront him over the vaccine/health passport. pic.twitter.com/1McvXqwmNk

Others say it was mud they were throwing at him.

The post French Protesters Go to Parliament Member’s Home and Hurl Mud and Garbage at His Face (VIDEO) appeared first on The Gateway Pundit.