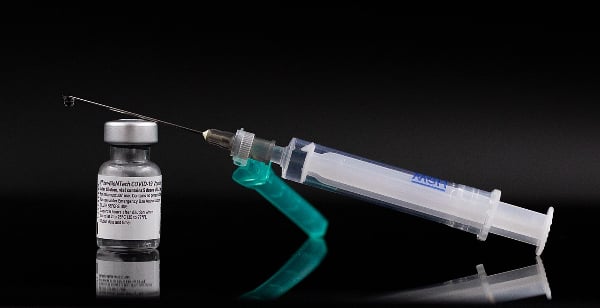 Files released by the Food and Drug Administration in a Freedom of Information lawsuit recorded 158,893 adverse events from the Pfizer vaccine in the first two and a half months of distribution, including 25,957 incidents of “nervous system disorders.”

The documentation was obtained in a Freedom of Information lawsuit filed a group called Public Health and Medical Professionals for Transparency, comprised of more than 30 professors and scientists from universities including Yale, Harvard, UCLA and Brown.

As WND reported, in court papers filed last week, the FDA proposed that it be given 55 years to release all 329,000 pages of documents related to the Pfizer COVID-19 vaccine requested by the group.

The plaintiffs want the records so they can be assured, amid significant public skepticism, that the Pfizer vaccine is indeed “safe and effective.”

Aaron Siri, an attorney for the plaintiffs, argued in court papers filed last week that it is “difficult to imagine a greater need for transparency than immediate disclosure of the documents relied upon by the FDA to license a product that is now being mandated to over 100 million Americans under penalty of losing their careers, their income, their military service status, and far worse.”

Siri, who wants the FDA to release all the material no later than March 3, 2022, wrote in a piece published on Substack that the adverse effects were reported in a document titled “Cumulative Analysis of Post-Authorization Adverse Event Reports of [the Vaccine] Received Through 28-Feb-2021.”

On page 6 of the document, Pfizer explains: “Due to the large numbers of spontaneous adverse event reports received for the product, [Pfizer] has prioritised the processing of serious cases.”

Siri wants to know why Pfizer, or Justice Department lawyers, blacked out the number of people the pharmaceutical company had to hire “to track all of the adverse events being reported shortly after launching its product.”

The attorney said most of the reports of adverse events were from the U.S. and disproportionately involved women — 29,914 women compared to 9,182 men.

He noted the 25,957 events classified as “nervous system disorders,” with most affecting females between the ages of 30 and 51.

The attorney noted that Pfizer assured the FDA there was no cause for alarm.

“The findings of these signal detection analyses are consistent with the known safety profile of the vaccine,” Pfizer said.

Siri asks: “So if they knew these issues were going to arise, then why didn’t they appear to have enough staff to process this expected volume of reports?”

Pfizer concluded: “The data do not reveal any novel safety concerns or risks requiring label changes and support a favorable benefit risk profile of to the BNT162b2 vaccine.”

Whistleblower
Earlier this month, hours before a CDC panel’s approval of the Pfizer vaccine for children 5-11, the British Medical Journal published an article featuring a whistleblower’s charge that poor practices at a contract research company helping to carry out the crucial third phase of Pfizer’s COVID-19 vaccine trial last fall may have compromised data integrity and patient safety.

Members of FDA and CDC advisory panels, in fact, expressed concern that safety data for children regarding Pfizer’s COVID vaccine is lacking. Nevertheless, Pfizers CEO charged earlier this month that people are spreading “misinformation” about the vaccines, calling them “criminals” who have cost “millions of lives.”

The FDA approved the Pfizer shot for young children one week after an FDA advisory panel voted 17-0, with one abstention, to recommended it, despite acknowledging the lack of safety data and the nearly 100% survival rate for children from infection.

During the FDA advisory committee meeting, Dr. Eric Rubin, editor-in-chief of the New England Journal of Medicine, expressed the concern of many members about possible severe side effects that cannot yet be measured. He concluded, nevertheless, there was no other way forward.

“We’re never going to learn about how safe the vaccine is unless we start giving it,” he said. “That’s just the way it goes.”

More than 18,000 deaths attributed to COVID-19 vaccines have been reported to the CDC’s Vaccine Adverse Events Reporting System website.

Health and Human Services points out that a VAERS report is not documentation that a link has been established between a vaccine and an adverse event. However, HHS also notes that VAERS is a “passive” system of reporting, and it “receives reports for only a small fraction of actual adverse events.” Many health care workers have disclosed they are instructed by their superiors not to report to VAERS any harm caused by COVID vaccines.

And the website OpenVAERS, which compiles summaries of the data on VAERS, points to an analysis known as the “Lazarus Report,” which concluded VAERS represents only 1% of vaccine injuries.

In early October, three Pfizer scientists were captured on hidden camera in a Project Veritas investigation admitting, contrary to the claims of Dr. Anthony Fauci and other public health officials, that natural immunity is superior to the immunity afforded from COVID vaccines.

Project Veritas interviewed an employee of the U.S. Department of Health and Human Services who secretly recorded colleagues voicing alarm about the safety of the vaccines. She alleged a cover-up of “evil at the highest level.” In another investigation by Project Veritas, two Johnson & Johnson officials said children don’t need the vaccine and it poses the risk of “unknown repercussions down the road.”

Pfizer scientist Rahul Khanke said employees are “bred and taught” to insist that the “vaccine is safer than actually getting COVID.” He said “we cannot talk about this” in public.

EDITOR’S NOTE: Last year, America’s doctors, nurses and paramedics were celebrated as frontline heroes battling a fearsome new pandemic. Today, under Joe Biden, tens of thousands of these same heroes are denounced as rebels, conspiracy theorists, extremists and potential terrorists. Along with massive numbers of police, firemen, Border Patrol agents, Navy SEALs, pilots, air-traffic controllers, and countless other truly essential Americans, they’re all considered so dangerous as to merit termination, their professional and personal lives turned upside down due to their decision not to be injected with the experimental COVID vaccines. Biden’s tyrannical mandate threatens to cripple American society – from law enforcement to airlines to commercial supply chains to hospitals. It’s already happening. But the good news is that huge numbers of “yesterday’s heroes” are now fighting back – bravely and boldly. The whole epic showdown is laid out as never before in the sensational October issue of WND’s monthly Whistleblower magazine, titled “THE GREAT AMERICAN REBELLION: ‘We will not comply!’ COVID-19 power grab ignites bold new era of national defiance.”