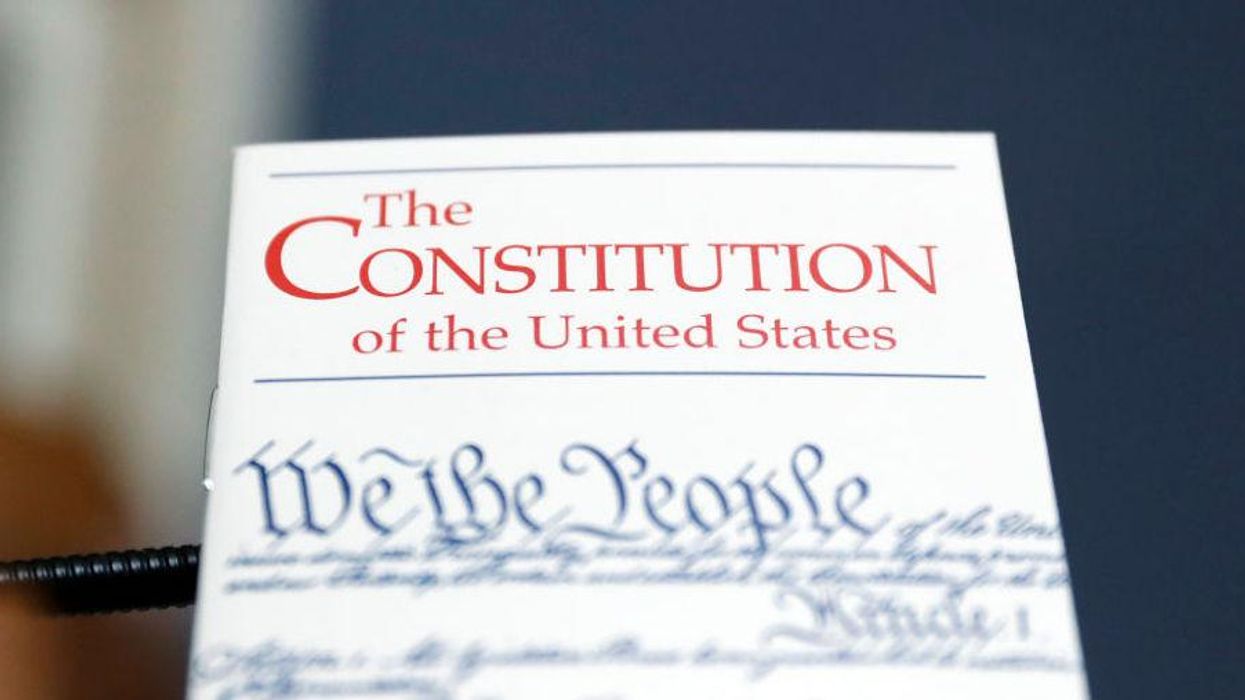 As Democrats face increasingly bleak projections in 2022 and 2024, a group of Democratic lawmakers is reportedly plotting to stop former President Donald Trump from ever holding office again.

About one dozen Democratic lawmakers have been quietly speaking about using a constitutional mechanism to prevent Trump from ever becoming president again, according to The Hill.

Harvard Law School professor Laurence Tribe, a left-leaning constitutional scholar, told The Hill that some members of Congress and their staffs have quietly sought his advice on how the Constitution could be used to thwart Trump from holding office.

The effort is focused on using a provision in Section 3 of the 14th Amendment against Trump and others who they claim participated in the events of Jan. 6, 2021.

No person shall be a Senator or Representative in Congress, or elector of President and Vice President, or hold any office, civil or military, under the United States, or under any state, who, having previously taken an oath, as a member of Congress, or as an officer of the United States, or as a member of any state legislature, or as an executive or judicial officer of any state, to support the Constitution of the United States, shall have engaged in insurrection or rebellion against the same, or given aid or comfort to the enemies thereof. But Congress may by a vote of two-thirds of each House, remove such disability.

The answer of whether Democrats could use Section 3 of the 14th Amendment against Trump to prohibit him from ever holding office again is a highly complicated question over which constitutional scholars disagree.

For example, some experts told The Hill the mechanism is not “self-executing,” and thus would require Congress to act. Tribe, on the other hand, suggested Congress would need to establish a neutral fact-finding body to determine whether Trump “engaged in insurrection or rebellion” as the amendment states or assign a federal court to establish whether Trump crossed that line.

The 14th Amendment is one of the “Reconstruction Amendments” that was ratified in 1868 as America sought to find unity after the Civil War. As the Washington Post explained, Section 3 was designed “to exclude former Confederates from holding federal and state office.”

After Trump was acquitted in his second impeachment trial last February, Rep. Steve Cohen (D-Tenn.) introduced a bill that would allow the U.S. attorney general to argue before a three-judge panel that an officeholder or former officeholder “engaged in insurrection or rebellion” to therefore disqualify them from holding public office.

Cohen’s bill has not become law.