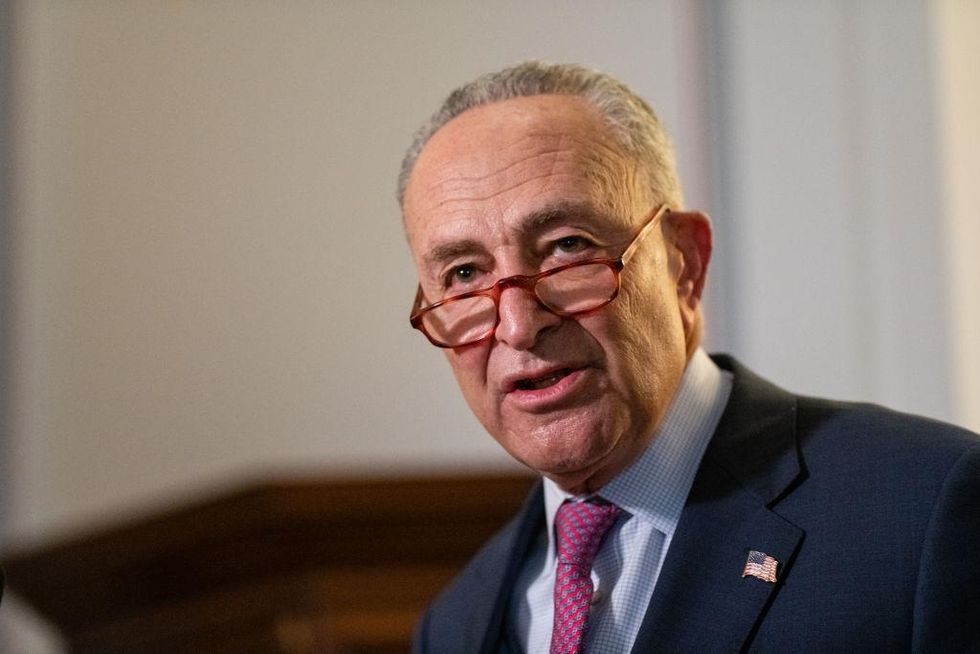 Senate Democrats on Thursday defeated an attempted by Republicans to impose sanctions on businesses tied to the Nord Stream 2 pipeline, which will carry natural gas from Russia to the German coast. They invoked a tool “overwhelmingly used by racists” to do so, according to academics.

The Senate voted 55-44 on legislation introduced by Sen. Ted Cruz (R-Texas) that would have ended the pipeline project, which is supported by Russian President Vladimir Putin and opposed by American allies in Ukraine. The Ukrainian government has called the pipeline “an existential treat to our security,” as Russia has amassed tens of thousands of troops on its border with Ukraine and is believed to be preparing to invade. The pipeline would allow Russia to directly export natural gas to Western Europe, allowing energy to flow uninterrupted in the event of war.

His sanctions bill had majority support. Democratic Sens. Tammy Baldwin (Wisc.), Catherine Cortez Masto (Nev.), Maggie Hassan (N.H.), Mark Kelly (Ariz.), Jacky Rosen (Nev.), and Raphael Warnock (Ga.), along with almost every Republican — Sen. Rand Paul (R-K.y.) being the lone GOP “no” vote — voted in support of Cruz’s bill. But a majority in the United States Senate is not enough to pass bills, thanks to what former President Barack Obama has called a “Jim Crow relic.”

Yes indeed, Senate Democrats invoked the legislative filibuster to block Cruz’s bill from passing. Their use of a filibuster created a 60-vote threshold to pass the Nord Stream 2 sanctions, and the bipartisan majority of senators came up five votes short of passing the bill.

The Biden White House opposed the sanctions bill, arguing it would hurt U.S. relations with Germany. The president’s team lobbied lawmakers to withhold support from the bill, setting up meetings to brief senators on Ukraine, The Hill reports.

Cruz has for months argued that sanctions are needed to prevent the pipeline from becoming operational and to deter Russian aggression.

“The eyes of history are upon us today. Each of us will be faced with a momentous question: Can we put petty differences aside and can we come together to defend our friend and our ally Ukraine against imminent Russian aggression?” Cruz asked on the Senate floor ahead of the vote.

But Democrats used the filibuster to block the sanctions from passing.

Some may call this action by Democrats to stop Cruz’s bill flagrantly hypocritical. After all, President Joe Biden as recently as Tuesday called on the Senate to eliminate the filibuster, claiming it has been “weaponized and abused” by Republicans to obstruct his agenda.

But others might say Democrats are being consistent, as in the past Democrats such as Senate Majority Leader Chuck Schumer (D-N.Y.) have defended the filibuster as “an important check and balance” that must be “preserved, not vaporized.” Biden, once a senator himself, said the filibuster is “about compromise and moderation” in a 2005 speech he described as “one of the most important speeches for historical purposes that I will have given in the 32 years since I have been in the Senate.”

Either way, Senate observers would do well to remember that the Democrats in charge are still politicians — they will use what tools they have to exercise power when it favors them and throw a temper tantrum when the other side does the same thing. This episode with the Nord Stream 2 sanctions bill is case in point.

American journalist, writer, and editor, Bari Weiss, tells the truth about living during the COVID-19 pandemic and how “it’s a...

Fear And Panic As Bitcoin Crashes 50% From All Time High Just two months after cryptos hit an all time...

The State Department ordered families of US Embassy personnel in Ukraine to begin evacuating Monday, Fox News reported. The State...