The southern border has been in disarray since Joe Biden managed to get into office. After withdrawing the Trump administration’s policies that kept things in order, Biden didn’t put any of his own policies into effect.

This essentially turned the border into a free for all where migrants were given the message to come on down and see if they could get in. Rates of illegal immigration have soared under the Biden administration and it’s very likely they’ll get worse. Right now, reports indicate that the White House greenlit a plan to give illegal immigrants ID cards as they’re allowed into the United States.

Texas has been one of the hardest hit states by the chaos happening at the southern border. Now, Texas Gov. Greg Abbott is inviting Democrat mayors, Muriel Bowser of DC and Eric Adams of New York City, to visit the border themselves, per Red State.

A Closer Look Into the Invitation From Abbott

The mayors of both left-wing strongholds are sounding the alarm about the impacts created by having so many migrants coming into their communities.

Bowser recently called on the Nation Guard for assistance, warning that DC’s resources aren’t equipped to deal with the current influx of migrants. She also criticized the Texas governor for shipping migrants into her city.

Adams, on the other hand, expressed his concerns about the impacts illegal immigrants are having on New York City’s supplies and resources.

In light of these complaints, Gov. Abbott has invited both Bowser and Adams to not only come see what Texas is up against at the southern border, but to also join with him in pressing the White House to get ahold of the situation.

Abbott explained in his letter to both Democratic mayors that Biden has yet to demonstrate any interest whatsoever in fixing existing crises at the southern border.

The Root Cause of the Problem

If Biden had not gutted Trump-era immigration reforms, neither Texas nor New York City or Washington DC would be feeling the sting of illegal immigration.

Abbott previously criticized Bowser, warning that what DC is experiencing with illegal immigration is but a sliver of what the Lone Star State has been confronted with.

However, the vice president hasn’t fixed any issues on the border or laid out a comprehensive plan to reduce illegal immigration. Biden also has yet to face the issue in any meaningful capacity.

What do you think about the Texas governor inviting left-wing mayors to come see problems at the southern border for themselves? Please share your views with us in the comments area. 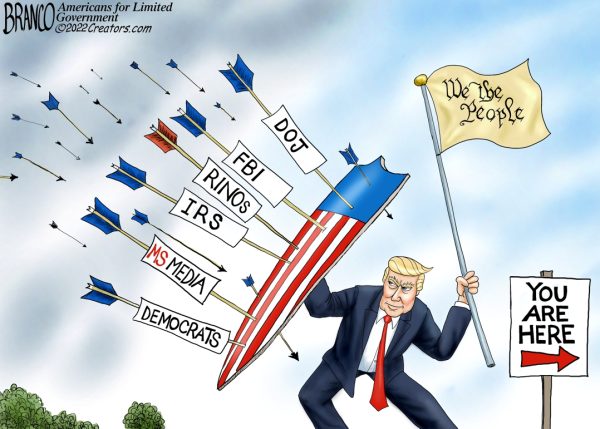