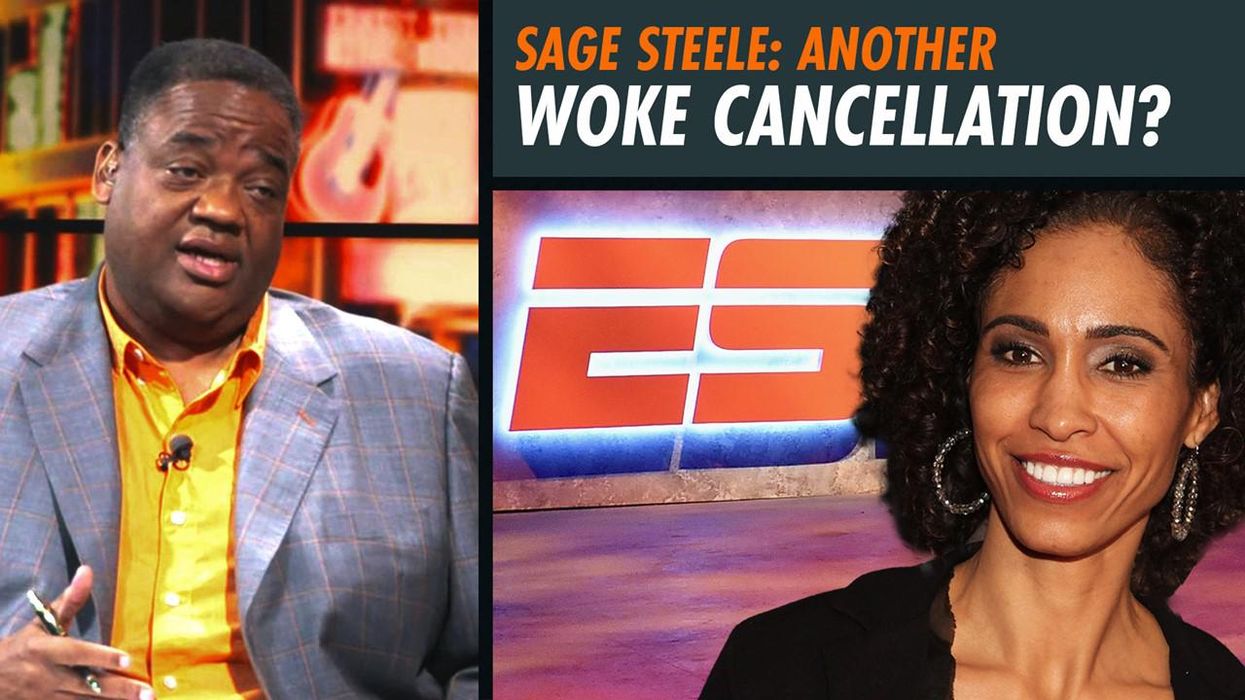 Former ESPN sports writer Steve Kim joined BlazeTV’s Jason Whitlock to discuss ESPN’s Sage Steele’s reported suspension for controversial comments she made about the company’s COVID-19 vaccine mandate, which she called “sick” and “scary.” Steele is also facing controversy for remarks she made about former President Barack Obama identifying as black even though he, like her, is biracial.

ESPN issued a statement to Fox News claiming to “embrace different points of view — dialogue and discussion.” However, the statement also specified that “points of view [must] be expressed respectfully, in a manner consistent with our values, and in line with our internal policies.”

“My question is, does ‘our values’ really mean ‘our views’?” Kim asked.

“Sage Steele has made the ‘mistake’ of actually being honest. What she said is factually true, but I don’t think she’s allowed to say it.”

So, what happens next to Sage Steele? Will she continue on at ESPN? Could this be an excuse for the company to renegotiate her salary cap? And how does her career compare with Will Cain’s?

Watch the video clip below or find the full episode of “Fearless with Jason Whitlock” here:

To enjoy more fearless conversations at the crossroads of culture, faith, sports, and comedy with Jason Whitlock and Uncle Jimmy, subscribe to BlazeTV — the largest multi-platform network of voices who love America, defend the Constitution and live the American dream.