Nine days after the volcanic eruption on the Spanish island of La Palma, officials have warned residents to hunker down inside their homes due to toxic gases emitted from the lava. 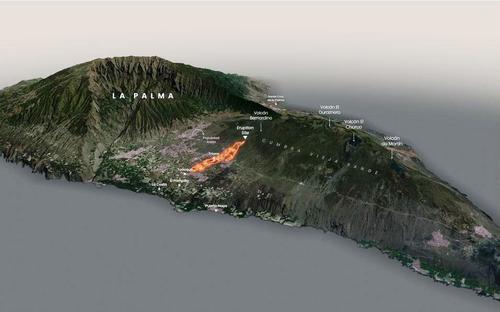 Lava over 1,800 degrees Fahrenheit from the Cumbre Vieja volcano is pouring into the Atlantic and creating a dangerous chemical reaction emitting steam, toxic gas (including hydrochloric acid), and tiny shards of volcanic glass into the atmosphere.

Authorities warned residents within a two-mile range of where the lava meets the ocean to stay indoors and duct tape windows and doors to ensure that toxic gases don’t come inside. 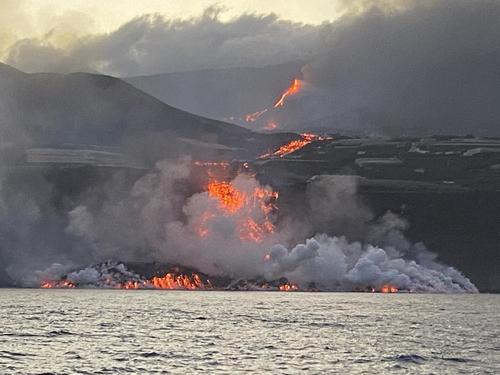 Sky’s Becky Cotterill said the wind was blowing the toxic gases into the ocean on Wednesday, but fears conditions could quickly change.

“The lava has been slow-moving and changing course, but at 11pm last night it did finally drop off a cliff about a hundred feet high into the sea, creating what essentially looked like a lava waterfall.

“Scientists were really concerned about that because when lava hits the water it creates a thermal shock.

“That shock releases toxic gases that contain hydrochloric acid and it’s very dangerous to breathe in and also dangerous if it gets in your eyes or on your skin.

“Residents in the surrounding areas have been told to stay inside,” Cotterill said.

More than 6,000 people have had to evacuate, and at least 400 homes have been destroyed since the Sept. 19 eruption. The volcano continues to emit large columns of smoke that have produced ashfall across the island and acid rain in southern parts of Europe.