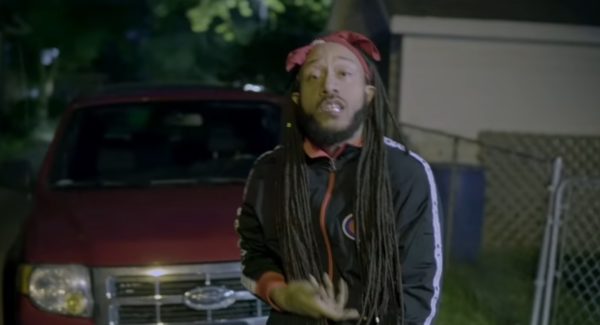 National File previously reported that police had declared a mass casualty event after a car plowed through a crowd in Waukesha, Wisconsin. The red SUV could be seen speeding down the parade route, narrowly missing a toddler, before ramming into the crowd. The attack took place during the annual Waukesha Christmas parade.

12 children and 11 adults have been reportedly hospitalized for sustaining injuries during the attack. During a press conference, police did confirm multiple casualties, but provided few details.

The alleged assailant appears to have been identified as Darrell E. Brooks, otherwise known as rapper MathBoi Fly. Brooks, now in custody, is a black man in his 30’s according to reports by Karol Markowicz.

Andy Ngo, a reporter from the Post Millennial known for covering Antifa violence and criminality in American cities, noted that Brooks has a “very long criminal record” in a Twitter post featuring a mugshot of the suspect.

That would be this individual from a prior arrest. (He has a very long criminal record.) #Waukesha https://t.co/6uAcsV97zE pic.twitter.com/mc2JFfbVRP

“The man in custody over the mass casualty incident at the #Waukesha, Wis. Christmas parade has posts on his social media in support of BLM causes, George Floyd & black nationalism. He also has a post about how to get away with running people over on the street,” Ngo tweeted.

In one of MathBoi Fly’s songs, the individual raps about the aforementioned subjects. “They done got another victim like it’s Eric Garner, they make it hard to breathe like it’s George Floyd, middle finger to police blood don’t get me started,” Brooks appears to have said in a song titled MINNESOTA. “Had his knee on his neck wouldn’t get off him, we ain’t doing no more marching time to get retarded, military police imma go regardless.”

In another song titled HALF A TIKKET, the individual appears to feature the same vehicle used in the viscous Christmas parade slaughter. The music video features a red Ford SUV, matching the description of the vehicle located by police near Carroll University.

Picture of the car after suspects parked and ran near Carroll University. pic.twitter.com/Di8hx17OvG

Brooks was reportedly released from jail on a $1000 bond just two days before allegedly committing the heinous attack.

This story is developing and National File will continue to provide updates as more facts emerge.