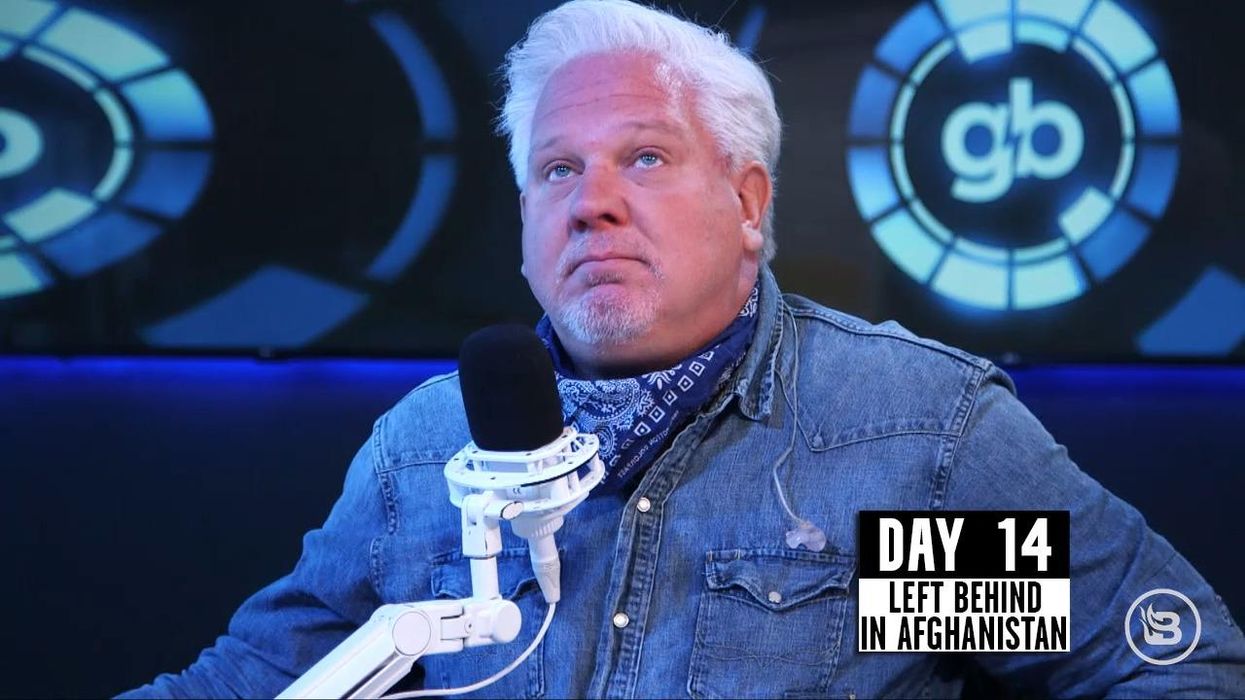 The conditions in Afghanistan under the Taliban rule — for Americans, allies, Christians, women and more — continue to deteriorate, and the people there continue to plead that we will not forget them. On the radio program Monday, Glenn Beck gave an emotional update on current evacuation efforts, including the tragic story of one girl — an American passport holder — who was not rescued in time.

“I have a pit in my stomach like I haven’t had in a while. What is happening in Afghanistan is both miraculous and horrendous,” Glenn began. “What’s going on right now one of the most amazing things I’ve ever personally witnessed — the evacuation of Americans, those [Afghans] who helped us, Christians that are dying, women that are under incredible conditions. I see things that I can’t show you. I see the pleadings from people who are in safe houses, ‘Please, don’t forget us.’ I see what they’re being sent by the Taliban.

“If I die today, my entire life will have been worth it for what you have helped get done, in just the last three weeks. You have saved well over 5,000 people,” he continued.

Fighting back tears, Glenn added, “I ask that you pray for those in the Middle East, that are in the midst of doing work, that a Moses-style miracle will happen. … There are several people that are in dire need of medical care. Friday, we told you — along with the congressman from Oklahoma [Rep. Markwayne Mullin] who had just returned — [about] a father and two daughters that were blue passport Americans, and a mother who had a permanent residence, a Green Card. The daughter was very ill. And they thought, that if we couldn’t get her out of there, that she would lose her legs. I got a call on Saturday morning, that we were too late, that she didn’t lose her legs. She lost her life, waiting. There are now two Americans, instead of three.”

Glenn showered his audience with gratitude, repeating that “well over 5000” lives have already been saved because of their incredible generosity, but lamented that there are still thousands more people yet to be saved.

Watch the video clip below to hear more updates from Glenn:

To donate to these rescue efforts, visit NazareneFund.org or MercuryOne.org.