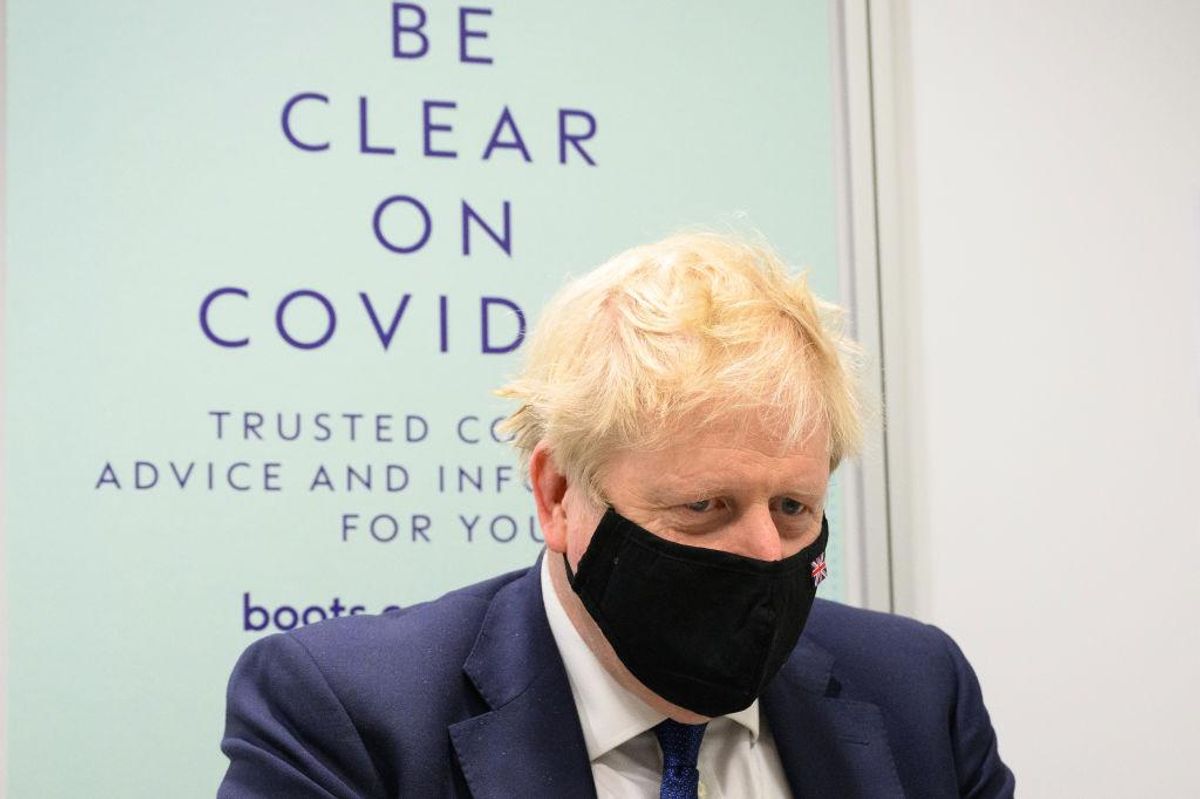 British Prime Minister Boris Johnson is facing renewed calls for his resignation for attending a government staff “drinks party” last year while the rest of the country remained in a strict government-imposed COVID-19 lockdown.

Several senior members of the U.K. Parliament angrily demanded that Johnson step down Wednesday after he finally admitted to attending a garden drinks gathering at No. 10 Downing Street last May, BBC News reported.

Johnson had previously been coy about his involvement in the party while an investigation into it — and several other alleged government parties — took place. But on Wednesday, the prime minister admitted his attendance and offered his “heartfelt apologies” to the nation in a speech before a packed House of Commons.

Johnson said he was well aware of the “rage” that many U.K. residents feel toward him and the government he leads when they see that “in Downing Street itself, the rules are not being properly followed by the people who make the rules.”

Though at the same time, he defended himself for attending the “bring your own booze” shindig by saying he only stayed for 25 minutes in order to “thank groups of staff” for their hard work, and he added that he “believed implicitly that this was a work event.”

In May 2020, the U.K. government, at Johnson’s direction, restricted people from leaving their houses without a reasonable excuse and only allowed people to meet with one person outside their households in an outdoor setting while exercising.

What was the reaction?

As Johnson attempted to ease concerns over the party in his House of Commons speech, jeers and boos could be heard in the chamber from members of Parliament.

The response afterward was much sharper. Addressing Parliament, opposition Labour leader Keir Starmer called Johnson’s excuse “so ridiculous that it’s actually offensive to the British public” and demanded that Johnson “do the decent thing and resign.”

In a tweet Wednesday, Starmer said, “The party is over Boris Johnson. Resign.”

The party is over @BorisJohnson.\n\nResign.

William Wragg characterized the prime minister’s position as “untenable,” adding, “I don’t think it should be left to the findings of a civil servant to determine the future of the prime minister and indeed who governs this country.”

A fellow Conservative MP, Caroline Nokes, reportedly said Johnson should resign now, as he was “damaging the entire Conservative brand.”

CNBC reported that Johnson’s leadership was on a “knife’s edge.”

The May rendezvous was not the only party that government officials are alleged to have held amid lockdown conditions for the rest of the country.

According to BBC News, in November 2020, at least one other party for Downing Street staff members took place in the residence where the prime minister lives.

Just a week prior, Johnson had told people in England that “we are once again asking you to stay at home” amid a new national lockdown. He ordered people only to leave their homes “for work if you can’t work from home, for education, and for essential activities and emergencies” and banned indoor gatherings with other households.

Results of an investigation into the parties are expected to be released next week.